Melanie Rich received this year‘s Humanitarian Award. She served as Upstate‘s director of marketing and university communications for 18 years before retiring in December. She was a liaison between the foundation and Upstate, whose clinical research arm is the beneficiary of Baldwin funds. Rich, a breast cancer survivor herself, has seen first-hand and heard countless second-hand accounts of the life-changing effect of the Baldwin foundation.

Since 2002, the fund has awarded Upstate researchers $3 million to further their studies into the cause of breast cancer. Money that the fund raises in Central New York stays in this region. The fund also sponsors two annual endowed lectureships focused on breast cancer developments.

The annual Carol M. Baldwin Breast Cancer Research Fund gala, held at Turning Stone Resort and Casino in Verona, raises money that helps support research underway at Upstate. This year the event brought in more than $130,000 while recognizing sponsors, researchers, volunteers and other supporters. Last year the gala brought in $124,521.

Upstate‘s David Amberg, PhD, attended this year‘s gala and wrote a letter to Beth and Carol Baldwin to express that he “was touched by the testimonies of the people whose loved ones died of breast cancer.” Amberg is a professor in the Biochemistry and Molecular Biology department.

His lab has received Baldwin grant money that allows for the testing of new drug targets to treat cancer. “At this point I can‘t say we will succeed, but we have to be willing to try new ideas to move the ball forward. In any case, I feel privileged to be supported by the Baldwin Foundation,” he wrote. “Thank you so much for all of your hard work.”

The Baldwin family dedicates their research grants and the endowed lectures in memory of women who have been affected by the disease. Here are this year‘s grant recipients:

* Scott Blystone, PhD, from the Cell and Developmental Biology department, is looking for ways to prevent the spread of breast cancer. In order for cancerous breast cells spread, or metastasize, they first must form filamentous actin structures within the cell. One of the proteins that organizes actin into filaments is called formin. Blystone‘s study will determine the role of the formin in allowing breast cancer cells to move through complex tissues, and look for ways to block the formin.

* Stewart Loh, PhD, from the Biochemistry and Molecular Biology department, is exploring potential genetic solutions. Almost a third of American women who have breast cancer have mutations in a gene known as p53. Loh and his co-investigator from the Robert Wood Johnson University Hospital in New Jersey are looking at whether a new class of drug, thiosemicarbazones, can affect the mutation.

* M. Saeed Sheikh, MD, PhD, from the department of Pharmacology, is researching ways to reduce tamoxifen resistance. The anti-estrogen drug, tamoxifen is used to treat some types of breast cancer, but about half the patients who take the drug develop resistance to it. Sheikh and colleague Steve Landas, MD, will study a mitochondrial protein that upon further investigations might help determine which people would develop resistance.

* Steven Taffet, PhD, from the Microbiology and Immunology department, is studying cancer immunotherapy.  Scientists have wanted to induce the body‘s own lymphocytes to destroy breast cancer tumors, but this has not worked as well as expected. Taffet and colleague Michael Princiotta predict the anti-tumor immune response will increase if they can improve communication between the tumor cells and immune cells that stimulate lymphocytes, which would allow for greater natural resistance to breast cancer and better treatment options for people with breast cancer.

* Richard Wojcikiewicz, PhD, from the Pharmacology department, is investigating a potential new target at which to direct breast cancer drugs. Breast cancer cells contain a protein called Bok, which can be regulated by certain anti-tumor drugs. This study looks at Bok‘s role in breast cancer cells and whether it could be used as a novel drug target.
Published on Friday, August 23, 2013 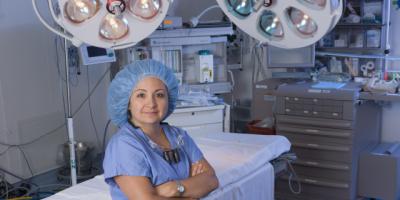 What's on tap for Friday at the Fair? 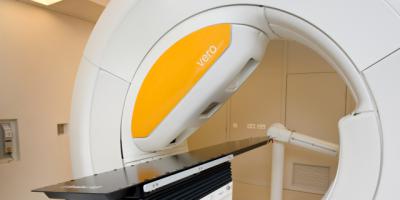