Two of the graduates of the chaplain internship progam were interviewed for Upstate's HealthLink on Air by host, Linda Cohen, center. They are Eric Haynes, left, and Jorge Ramirez, right.

These are the people who, while doctors are caring for the physical needs of the patient, take care of the soul. They are the chaplains. They are people like Eric Haynes and five colleagues who on Thursday celebrated the end of their internships in Upstate's nationally accredited training program.

Haynes said during an interview for HealthLink on Air that he felt the calling during his military service from 2005 to 2006 in Iraq. After his medical discharge, he decided he wanted to become a chaplain at a VA medical center. "I really want to serve others and help them through (post-traumatic stress difficulties.) I had a friend who ended up committing suicide. He couldn't take it," Haynes explained. "I want to make sure that nobody else who I come in contact with has that happen."

Those who graduated from the 12-week program include Ilie Babota, who is preparing for the Ukrainian priesthood; Brigid Dunn, a chaplain at St. Joseph's Hospital Health Center; Eric Haynes, a seminarian and licensed minister in the Christian Missionary Alliance Church; Ken Kirkmand and Peter Tassini, seminarians in the Roman Catholic Diocese of Syracuse; and Jorge Ramirez, a seminarian in the Roman Catholic Diocese of Rochester.

During their internship, chaplain interns completed one "unit" of clinical pastoral education, which is 400 hours of supervised ministry requiring a mix of direct clinical and instructional hours. This is a requirement for ordination in many faith traditions, said Rev. Terry Culbertson, Upstate's spiritual care manager and clinical pastoral education supervisor. The interns did simulation training with actors playing the role of patients and family members. They attended end-of-life training with third-year medical students, visited the gross anatomy lab, worked with the trauma and stroke teams and learned the art of spiritual care. They worked in the emergency department and a variety of hospital floors, including those devoted to neurology, cardiology and oncology.

Upstate's next class of chaplain interns begins on September 16th.

Listen to the interview from HealthLink on Air

Upstate trivia: How many languages are spoken at Upstate?

Advice from Joslin diabetes educator: How to use an insulin pen 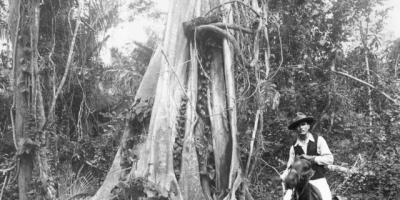 Documenting the creepy and crawly; Upstate scientist put parasitology on the map