That painful 'toothache' may be trigeminal neuralgia; here's how to treat it

For a doctor to diagnose trigeminal neuralgia, the patient must provide a detailed description of symptoms, followed by a thorough neurological exam. Even then, the disorder is easily mistaken for a toothache, cluster headaches or some other ailment.

Trigeminal neuralgia is characterized by sharp, shooting electrical-like shock sensations usually to the lower face or jaw and sometimes to the eye or forehead. The pain is brief, affects one side of the face and can be triggered by chewing or touching the face, or by wind blowing onto the face. “And it is the most excruciating pain that you can experience,” says Dr. Lawrence Chin, MD, chair of Neurosurgery at Upstate.

The pain comes from the fifth cranial nerve, the trigeminal nerve, whose lining can strip away over time by the compression of an artery. “As you get older, your brain sags like every other part of your body,” Chin explains. “That might bring the artery more in contact with the nerve.”

Equal numbers of men and women are affected by trigeminal neuralgia, which occurs with greater frequency as people age. When trigeminal neuralgia is found in someone younger than 50, Chin says its origin may be from something else, perhaps multiple sclerosis.

Anticonvulsants or tricyclic antidepressants are the first line treatment. Some actually help make the diagnosis of trigeminal neuralgia. But medications don‘t always work, and some patients cannot tolerate the side effects of drowsiness.

Chin says the gold standard treatment is microvascular decompression, in which a small hole is drilled through the skull, allowing a neurosurgeon to locate and move the offending artery. “Basically the idea is we take the pressure off the nerve,” he says, adding that the surgery is effective for 99 percent of his patients. About one-third will have a recurrence of trigeminal neuralgia 10 to 15 years later.

The alternative is treatment with the gamma knife. A tiny beam of radiation is focused onto the nerve, which is 3 to 4 millimeters wide. This causes a blockage that helps prevent pain impulses without harming sensation. Chin says patients can experience numbness, but most do not. For those who do, the numbness is usually temporary. Gamma knife treatment is effective in about 75 percent of his patients, Chin says. The remaining experience a reduction in pain that allows them to take lower doses of medication.

Learn more about Dr. Chin and the gamma knife

Listen to an interview about trigeminal neuralgia with Dr. Chin 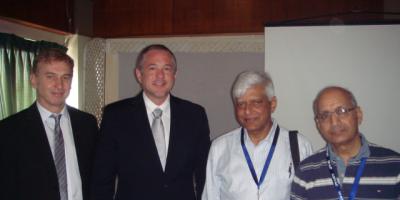 Vaccine expert speaks at symposium in the Philippines 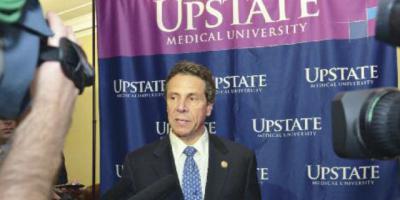 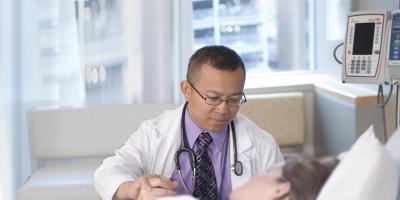