It‘s a fact that labor is different for every new mother – different emotions, level of labor pains, and even the need for a cesarean makes each newborn delivery unique. When Sha‘lee Barner of Syracuse was delivering her first child, the baby wasn‘t responding well to labor and required an emergency C-section delivery.

“I knew that we had to do whatever was necessary to keep my baby safe,” said Barner. “I wasn‘t expecting a c-section, but it had to be done for both of us.”

When a new mother delivers her baby via cesarean, it is often believed that all additional babies will have to be delivered the same way. However, this not always the case. The American College of Obstetrics and Gynecology says the trial of labor after previous cesarean delivery (TOLAC) provides women who desire a vaginal delivery with the possibility of achieving that goal. This method of vaginal birth after cesarean delivery is often referred to as “VBAC.”

“When I became pregnant with my second child, I knew I wanted to try a vaginal delivery,” said Barner. “And when I hit the 36-week mark, it was confirmed that I was a candidate for VBAC.”

Good candidates, the College says, are women whose balance of risks (low as possible) and chances of success (high as possible) are acceptable to the patient and health care provider. It goes on to say that the decision to undergo TOLAC should be made by the patient in consultation with her health care provider early in the woman‘s prenatal care. The College also says these deliveries should be performed in a facility where emergency cesarean is immediately available.

“It is important for expecting mothers to understand that VBACs are safer today than repeat cesarean deliveries,” said Upstate Midwifery Program Director Heather Shannon. “While cesareans are sometimes necessary in an emergent situation, they do carry operative and post-operative risks.”

The College reports that VBACs offer several potential health advantages for women, including lower rates of hemorrhage and infection, in addition to shorter recovery periods compared to repeat cesareans deliveries.

Barner‘s son Glen was born on May 14 after spending less than three hours in delivery. “This delivery was much easier than my first. Yes, there was pain, but it was a piece of cake. When he was born I said, ‘Wow! I did it!‘”

hat makes a VBAC successful for the Midwifery Program is the collaboration with the anesthesia team and OB/GYN hospitalists. They are always available should any emergency arise.”

“When making the decision to attempt a vaginal delivery for my second child,” said Barner, “Heather was my motivation. She was great.” 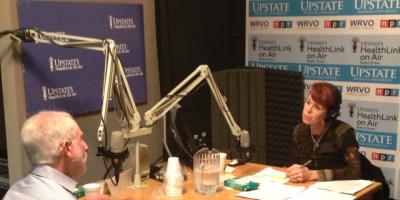 How to recognize mental illness in a loved one

Today is National Time Out (for patient safety) Day 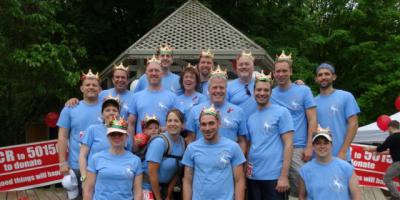 His team was top fundraiser for AIDS Walk/Run this year