Lt. Commander Patrick Basile, MD, spoke at Upstate Jan. 30 about the double arm transplant he was involved in recently. Photo by Rich Whelsky.

Patrick Basile, MD, agreed six months ago to lecture about "Lessons from the Global War on Terrorism: Reconstructive Challenges" to surgeons and medical students at Upstate. Basile, a Navy lieutenant commander at Walter Reed National Military Medical Center specializing in plastic and reconstructive surgery, was delighted to return to the medical school he graduated from in 2003. It was coincidental that the visit took place the same week Basile made international news.

Basile was part of the surgical team that performed a double arm transplant in December, to help a soldier who suffered devastating injuries in 2009 in Iraq. Brendan Marrocco, 26, of Staten Island was one of the first soldiers to survive as a quadruple amputee, the victim of an improvised explosive projectile or roadside bomb.

Listen to an interview with Dr. Basile

On Monday, about six weeks after the transplants, Marrocco and Basile participated in a news conference at Johns Hopkins University Hospital in Baltimore. "It feels amazing," Marrocco said. "It's something I was waiting for, for a long time. Now that it finally happened, I really don't know what to say because it's such a big thing for my life, just fantastic."

Basile calls what happened "a story of hope and a story of courage."

Marrocco was left without arms or legs, and prosthetics weren't working well for him. Some patients find prosthetic limbs big and bulky, and the devices don't provide sensory feedback. "Without legs, you can still be independent," Marrocco told CBS News. "Without arms, there's so much more that you can't do."

Patrick Basile, MD was featured on the cover of the Alumni Journal in spring 2011.

He was a candidate for arm transplants because Marrocco understood the nuances of the operation and was brave enough to accept the risk that it might not work -- and to commit to the extensive physical therapy afterward, Basile said. The left arm was attached below Marrocco's elbow, and the right was attached above, about the midpoint of the upper arm called the humerus. "That is pushing the envelope of what we can do," the surgeon says.

Marrocco was on a waiting list for more than a year, waiting for a donor who matched his blood, tissue, gender and size.

Basile's task was to remove the arms from the donor, and prepare them for attachment to Marrocco. He was part of a 20-person team, which practiced the operation on cadavers four times before the surgery took place in December. Marrocco's surgery lasted more than 12 hours, with teams working simultaneously on both sides of the table.

To help reduce the body's impulse to reject the new arms, doctors first conducted a bone marrow transplant. Now, Marrocco should only require one anti-rejection medication.

When he awoke, Marrocco was ecstatic and told the surgeons he loved them. "He said he felt that this was going to be the start of a new life for him," Basile recalls. Nerve growth is about a millimeter per day, so recovery will be slow, he says, but already Marrocco is using his hands to fix his hair and to send text messages.

The surgeon is optimistic. "I think he's going to have a bright future."

Listen to an interview with Dr. Basile for HealthLink on Air.

Read about Dr. Basile in the Alumni Journal from Autumn 2011 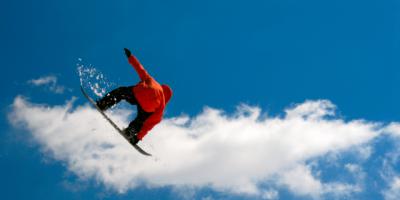 Cord blood banking, in the meantime