Gamma knife radiosurgery does not involve a surgical incision. Instead, beams of concentrated radiation are directed into hard-to-reach tumors in the brain.

A young Jeffrey Bogart MD was a new resident in the early 1990s when Betty Brown worked as a nurse in radiation oncology at Upstate. Today he is professor and Chair of Radiation Oncology. Brown remembers in 1998 when Upstate added a new device called the gamma knife to deliver high-dose radiation to brain tumors.

Always healthy, Brown never imagined one day turning to former colleagues to help save her life. But shortly after retiring from a 30-year nursing career, Brown was diagnosed with breast cancer. It was August 2010. She underwent surgery with Kara Kort-Glowaki  MD and then chemotherapy.

Betty Brown played golf this summer, while being treated for two small tumors in her brain. The medical physicist who cared for her, Daniel Bassano PhD, remembers Brown as “one of the key members of the radiation oncology operation” during her nursing career. “She contributed very greatly to its successful delivery of care to uncounted numbers of patients.”

“I was well until this summer, Memorial Day,” recalls Brown, 68, of Fayetteville. “I started having some issues. My family said I was not acting correctly, not talking right, that type of thing.” Her daughter, who also works in the medical field as a speech language pathologist, feared she was having a stroke.

At the emergency room, computerized tomography scans revealed a few small tumors in Brown‘s brain. She wasn‘t having a stroke. The breast cancer had spread. Brown became a patient of Dr. Bogart, and he recommended two weeks of radiation followed by treatment with the gamma knife, a procedure that is often used as an alternative to brain surgery.

The gamma knife directs 192 concentrated beams of radiation through healthy tissue and into a target, usually a tumor. Even though the gamma knife does not cut through the skin, the procedure is considered surgery, and Brown prepared by not eating or drinking after midnight.

She arrived at the hospital wearing comfy sweats. Nurse Gail Cali gave her medication to help her relax, and then neurosurgeon Walter Hall MD and radiation oncologist Seung Shin Hahn MD fitted her for a helmet-like stereotactic frame. Then Brown underwent magnetic resonance imaging. The scan would show the precise location of the tumors so the two doctors and medical physicist Daniel Bassano PhD could plan Brown‘s treatment.

Cali explains that the gamma knife team uses the MRI scan “to plan where the beams of radiation will be directed to treat the tumor or tumors. The beauty of this is we can treat one or many tumors that are seen that day on the patient‘s scan. This allows for the treatment to be done in one day.”

Brown remembers “I came in that morning and went home that afternoon with very, very little side effects.”

She lay down the whole time, her head in a special holder that helped her keep her head still. She listened to a disc of Tony Bennett duets she brought from home. After the procedure, Brown was in recovery for about a half hour or 45 minutes and then allowed to go home.

Brown had a followup MRI a month later. “The lesions were still there, but very tiny,” she reports. She is taking chemotherapy again, and another followup MRI will be done soon. Cali said the goal is for tumors to decrease in size or stop growing, and that‘s what has happened in Brown‘s case.

“So far, so good,” she says. “Except for a couple of days after the chemotherapy I‘m able to do all of my activities.”

Those activities include gardening, cooking, doing her own laundry, and golfing. “I didn‘t have the strength and energy to play 18 holes of golf, but I played nine holes a week, sometimes twice, and I played in various tournaments.”

Brown is grateful for her health, for the gamma knife technology, and for the caregivers and friends she once called colleagues.
Published on Friday, November 30, 2012 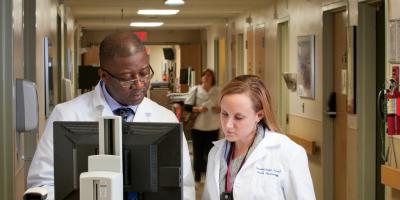 Taking a stand against prescription and synthetic drug abuse 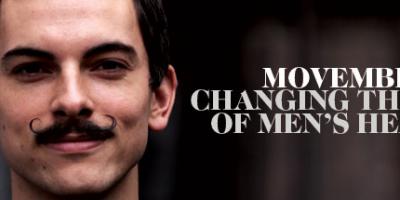