Upstate's Thomas Antonini is PA of the Year

Physician assistant Thomas Antonini is New York State's PA of the Year, an honor bestowed by the New York State Society of Physician Assistants. He will accept the award during the fall NYSSPA conference Oct. 20 in Tarrytown.

Known as a gifted problem-solver with a genuine knack for maintaining a friendly, cooperative, patient and tolerant stance, Antonini works in the Adult and Pediatric Cardiac Surgery Unit of Upstate University Hospital. He was nominated by colleague Eleanor Abel, a physician assistant in Upstate's Regional Oncology Center.

"He has mentored many students in various programs including physician assistant, nurse practitioner, medical residents and fellows," Abel wrote in her nominating letter. "He has proven himself to be capable of the challenges of conflicts with groups of people including his peers and other team players at every level."

Antonini graduated from Emory University School of Medicine's physician assistant program. He also holds an MBA. He is certified in the use of robotics in cardiovascular surgery.

This year's recipient of the Physician of the Year award from NYSSPA goes to Dr. Mehdi Marvasti, a cardiovascular surgeon at St. Joseph's Hospital Health Center who has served as director of the residency programs at Upstate and St. Joseph's. "He is a very knowledgeable and capable surgeon whose services are sought after," Abel wrote in her nomination letter.

Previous Upstate physician assistants to win the PA of the Year honor from the society include John Koch in 1993, and Michael Sharak in 2009. Antonini has also received the PA of the Year award from the Central New York PA Association. He graduated from the University of Nebraska and is certified in the use of robotics and heart assist devices in cardiovascular surgery.

Upstate heart surgeon among best in state, with one of the lowest death rates 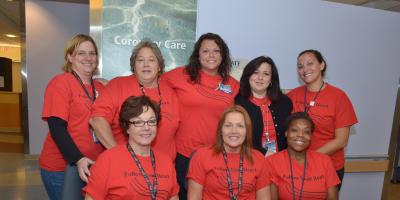