Central New York leads the state in traffic-related fatalities among 16- to 19-year-olds because of what Upstate trauma coordinator Steve Adkisson RN calls a modern plague of the highways.

“The level of distractions in the car are just unprecedented,” he says, citing electronic devices as the biggest distractors. “It‘s killing more people than drunk driving ever did.”

A survey commissioned by tire manufacturer, Bridgestone Americas shows that many young drivers are in denial about their habits behind the wheel. “This age group simply does not believe they are at risk,” Angela Patterson told the National Press Club in the spring. She manages the Teens Drive Smart program for Bridgestone.

Distractions can be manual, visual or cognitive. Sending or receiving texts is considered most dangerous because it involves all three, simultaneously.

Distracted walkers are also at risk. A study in Injury Prevention in January documented an increase in the number of injuries and deaths involving pedestrians wearing headphones.

Adkisson says in his decades as a trauma nurse, he‘s learned one thing: “You can‘t save people from themselves. You can treat the symptoms all day long, but you can‘t change behaviors unless people want to change behaviors.”

No, you cannot text or talk and drive safely 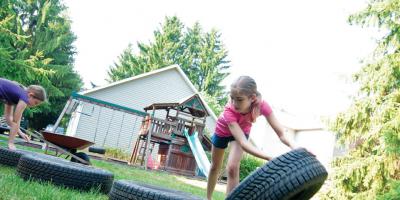 Create your own boot camp with these 'Kamp Kramer' ideas