Up to 220 people per day visit the What's Up at Upstate blog on an average day. In its first year, the blog has had 42,595 visitors, mostly from the United States but also from India, Turkey, South Africa, Norway, the Philippines, Italy, Canada, the United Kingdom, Australia and other countries.

In fact, a woman from Warrnambool, Victoria in Australia named Vicki Jellie stumbled onto a post about Vicki Jellie of Black River, outside of Watertown, when she Goggled her own name just for fun. "I was very interested when this article came up about your Vicki Jellie knitting caps for cancer," wrote the Australian Jellie. "I too am involved with cancer awareness/ fundraising/ lobbying." She went on to explain, in the comments section, that she founded a community group called "Peter's Project" to bring radiotherapy and integrated cancer care to her region. The group is in honor of her 49-year-old husband who died of cancer. The New York Jellie -- who shared her own story about surviving cancer -- said she planned to connect with the other Jellie via email.


The What's Up blog has had 331posts in its first year, including patient stories, announcements about new services or events taking place at the hospital or medical school, and information on a variety of health topics. The post with the most hits? The one asking whether you should consider a bicycle commute, with 2,931 views. That was followed closely by the post about David Halleran MD sharing his recollection of trying to save John Lennon, with 2,788 views.

Communications professor Gina Masullo Chen PhD is a fan of blogs such as What's Up. "Blogging has changed since its early days in the 1990s," she says. "It has become more formalized, and some blogs are becoming bonafide sources of news and information that are akin to traditional news sources."

She says medical institutions, especially, can use blogs to help people sort through the plethora of medical information on the web. "They can provide accurate and informative health information for people so people do not end up relying on the flawed or even completely untrue information about health that‘s out there."


Amber Smith is the lead writer for the What's Up at Upstate blog, with contributions from Susan Cole, Darcy DiBiase, Susan Keeter and others.

The State University of New York Council on University Advancement awarded a Judge's Citation for Electronic Communications and Interactive Media to the What's Up blog and the With Distinction blog by James McKeever, along with Upstate's Twitter feeds -- @UpstateNews , @UpstateHealth and @UpstateGolisano -- at its annual meeting this spring.

Subscribe to the blog by locating "email subscription" in the right-hand column and submitting your email address.
Published on Wednesday, July 25, 2012

Helping families have fun, despite diagnosis 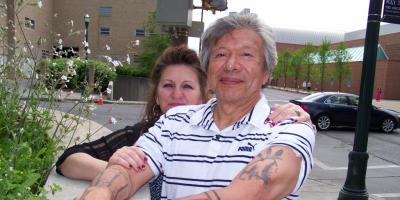 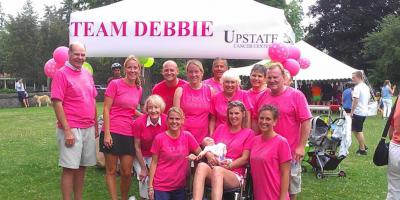 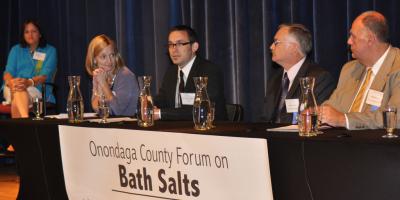