How to donate your body, advance learning for future doctors and medical students

Sylvia White squeezed her daughter‘s hand. They were in Weiskotten Hall, in the medical school building where their patriarch culminated a lifetime fascination with science by donating his body after he died. White – along with son, Ed and daughter-in-law, Bonnie, and daughter, Susan Bonnet and son-in-law, Bob -- was there to retrieve her husband‘s ashes, and to hear details about his contribution.

An orthopedic surgeon planning a unique surgery practiced the operation first on Eugene White. Paramedic students and young military medics from Fort Drum practiced medical procedures on Eugene White before they faced live patients. And the Department of Pathology at Upstate hosted a teaching conference in March for pathologists and neurosurgeons concerning glioblastomas, the type of tumor found in Eugene White‘s brain.

“Gene was fascinated by the mapping of his glioblastoma,” Sylvia White recalls. “He was interested in how far it had grown, and whether the medicine he was taking was effective.”

While the procedures did not reveal those answers, White‘s family was glad they had honored his wishes. Like 235 Central New Yorkers the year before, White donated his body to Upstate when he died in January.

College of Medicine Class of 2015 student Theresa Ogundipe sings at the cadaver memorial service in April.

Medical students take anatomy in the first half of their first year, with six students assigned to a single cadaver. Students studying to become physician assistants or physical therapists also train with cadavers, as do paramedic students.

“Students think we‘re all the same inside, but there are differences,” says N. Barry Berg PhD, the professor who helps them learn what variations are meaningful in terms of quality of life. Berg is also the director of the Anatomical Gift Program.

Berg has taught anatomy for 41 years at Upstate. He went to college not knowing what he wanted to study or do with his life. He took an anatomy class as a physical education major and loved it, so he pursued a doctorate in anatomy. When his young son developed allergies, his family decided to leave New York City for cleaner air. “Everyone said Upstate would be great,” Berg remembers. “No one ever told me about the weather.”

One of Berg‘s earliest students -- Nathan Riles Jr. MD of Chesapeake, Va. – was an ordained minister who approached Berg saying he wanted to give thanks for the opportunity to learn with a cadaver. Upstate‘s first annual cadaver memorial service was held in 1980. Then a few years later, Berg says, “we were one of the first medical schools, if not the first, to invite the families to participate.” Today, many families of people who made donations in the previous year attend the ceremony, which includes music and other artistic presentations by students.

Eugene White‘s family was delighted to share his story.

He was diagnosed with a brain tumor in November 2010, after a curious round of the strategic family board game, Sequence. White contemplated his move longer than usual, then placed an ace of spades on a jack. His children immediately knew something was seriously wrong, Bonnet recalls.

Her father was a solid, muscular man of 80 who was active and healthy until doctors found the tumor. He had surgery to remove the tumor and came home from the hospital in time for Christmas. Children and grandchildren called the zig-zag scar on the back of his head his Harry Potter scar. He underwent 36 sessions of radiation, and then chemotherapy. He died 13 months after his diagnosis. He had made his wishes known, to make an anatomical gift of his body when he died.

“My dad was fascinated by science,” Bonnet says. He was an industrial engineer, and when he retired from Miller Brewing Company in Fulton he began volunteering with the CNY Eye Bank and was introduced to cadaver research. “He and Mom knew that the research behind the replacement knee joint was based on cadaver research and were fascinated with the progress made between the first and second replacements Mom received.

“He really believed in paying it forward and being part of the bigger picture that science could offer, and we believe that the anatomical gifting program gave him that opportunity.”

How to donate your body

Listen as retiring professor Berg talks about his career

and the anatomical gift program

on the Health Link on Air radio program. 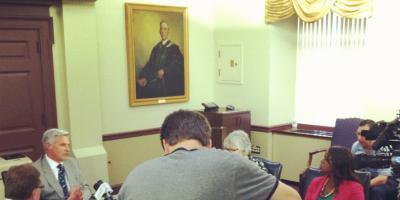 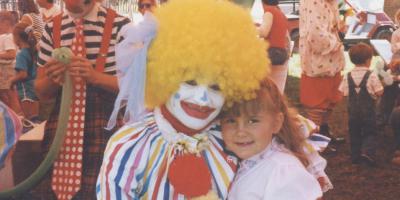 How to live with a child who has type 1 diabetes

The Upstate Ethicist looks at bird flu research: Should science be shared this way?