Willpower is on the defensive these days, and with good reason. It‘s too much work, and it‘s not as effective as it‘s cracked up to be. That isn‘t to say I don‘t enjoy people coming  up to me and praising my willpower as the key to my recent weight loss. Taking credit for something I don‘t deserve is one of the perks of being a recovering fat guy.

“You must have incredible willpower,” I hear again and again.

Willpower has been conning us for eons. It passes itself off as a cure-all for everything that ails mankind, yet almost always disappoints: If weight is your issue, willpower will talk a good game early, then dump you as heartlessly as Ashton Kutcher dumped Demi Moore.

It's about time science exposed the truth about willpower, and that's starting to happen. Willpower is not -- as we‘ve been conditioned to believe -- some vast Sea of Good inhabited only by the naturally virtuous while the rest flail about on the Beach of Self-indulgence.

The better analogy is that willpower is a muscle. Some people have self-control muscles that are better conditioned than others, but all of them fail when sufficiently taxed. What does this mean for dieters? It means that if willpower is your primary strategy to take off weight and keep it off, you should spare yourself the bother and proceed directly to
the donut shop.  All that extra sugar might even boost your willpower, and that‘s no joke.

A European research team has shown that even simple acts of willpower are so physically draining on the brain and body that they cause blood glucose levels to drop. I‘m experiencing that phenomena at this moment as I write this article at the Freedom of Espresso in Fayetteville. For more than an hour I have been casting baleful looks at the bakery case, resisting the urge to consume a giant oatmeal cookie. This act of self-control has depleted my glucose levels to the point that I am now making a scientifically valid decision to order and eat the cookie.

With my glucose levels restored, I am able once again resist eating a cookie.

You see where this cycle leads: Nowhere ... which is exactly the point. Willpower is a black hole of self-denial and surrender.

A famous study from the late 90s supports the notion that willpower is finite and exhaustible. A group of college students was ushered into a room redolent of baking chocolate chip cookies. Half were told to eat two cookies; the other half were told to eat at least two radishes but no cookies.  Later, the students were given a puzzle to solve without knowing that the puzzle was unsolvable. Researchers discovered that the radish
eaters, fatigued from resisiting cookies, gave up on the puzzle an average of 11 minutes sooner than the cookie eaters. Conclusion: People who eat radishes are morons.

In its defense, willpower can be strengthened, re-trained and cajoled into being more of an asset. It's useful in quick bursts and for jump-starting positive change. But a new article in Scientific American MIND focuses on strategies that go beyond impulse control. Make small changes and build on them. Account  for inevitable setbacks. Find specific internal (versus external) sources of motivation. For example, “I am going to stop eating
triple bacon cheese burgers because my doctor wants me to lose weight” probably won‘t spur a lifestyle shift. But thinking, “I am going to stop eating triple bacon cheese burgers because I want to buy a mini Cooper and I will enjoy it more if I can physically fit behind the steering wheel” just might work. The idea is to align your desires, thoughts, actions and goals so they all pull in the same direction.

For this reason I may be the only person in America who is happy about Pink Slime. When news broke  about the widespread adulteration of ground beef with meat byproducts sanitized in ammonia and turned into a fine paste, consumers went bonkers. Not me. Thanks to the specter of Pink Slime it‘s now easier for me to resist fatty, caloric cheeseburgers and red meat in general. The less willpower I require to resist the burgers the greater my chances for success. Plus it means I have more willpower  left for other
mentally challenging tasks such as finding my car keys and yelling at my dog for stealing zucchini bread.

As you go forward with your self-improvement goals, it might be helpful to think of willpower as the cognitive equivalent of New York City.

Yes, it‘s a fine place to visit. But would you really want to live there?

Veteran journalist Jeff Kramer writes for the quarterly magazine, Upstate Health and for this blog the first Monday of every month.
Published on Monday, April 2, 2012 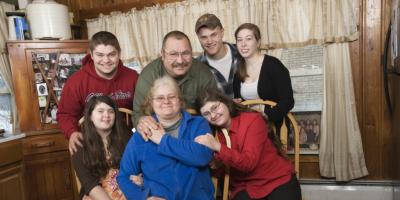 Most pediatric, some adult cancer patients enroll in clinical trials

What to consider before you participate in a clinical trial 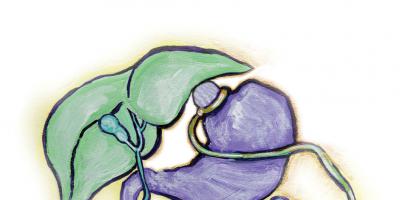 Which weight loss surgery is right for you? Gastric bypass? The band? The sleeve?