“It is a brilliant idea,” says Michael Meguid MD, PhD, editor of the international journal, Nutrition, and a professor emeritus at Upstate who focused his research on nutrition. “To get these peptides into the body is very difficult because they are very large.”

PYY is a hormone released into the bloodstream when people eat or exercise which suppresses appetite. But stomach acids break down the PYY, and any remnants of the hormone have difficulty crossing into the bloodstream through the intestines, Syracuse University chemist Robert Doyle explains in a news release.

His team came up with a way to disguise the PPY by attaching it to vitamin B12, which  passes through the digestive system and into the bloodstream because it is absorbed in the ileum, the last section of the small intestine. They demonstrated that they could deliver “clinically relevant” amounts of PYY into the bloodstream using this method.

News of this development brought back memories of a study Meguid conducted using PYY in the early 1990s. Scientists used two groups of rats, one that got drinking water containing PYY and the other that got plain drinking water.

“The problem we faced was: what dose do you use? At that time, we used the dose that the chemical company in Japan (which was funding the research) wanted us to use,” Meguid says. The rats drinking the PYY water wound up eating more than the rats drinking plain water – the opposite of what scientists expected.

“We couldn‘t understand why these rats were eating more, so we tasted it,” he says of the PYY water. “It was sweet.

“Were the rats eating more because the water was so sweet?” Meguid is not sure. But he says if Doyle‘s chewing gum is sweet in taste, it could counteract the effects of the hormone.

PYY is not the only hormone involved in digestion and appetite regulation. When you start eating, levels of the appetite-stimulator ghrelin are high. As food enters the small intestine, the body releases PYY, which dampens the effect of ghrelin. The gum is designed to be chewed after a meal, so that the synthetic PYY in the B12 vitamin teams up with the PYY produced naturally by the body to suppress appetite.

Read this and additional stories in the winter edition of Upstate Health.

Healthy Monday: Ask yourself, what is your default? 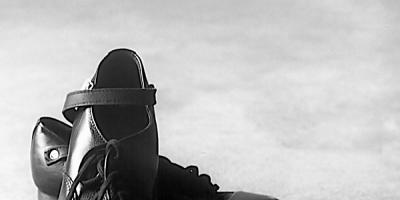 Music is good for you