Upstate cares for teen from Haiti through Partners in Health

Samantha Cadet was sickly and small as a child growing up in Haiti. Doctors there told her mother she had a congenital heart defect, which they could do nothing to repair. “She was basically told ‘your daughter will die in young adulthood,‘ ” says Owen Robinson, who works for the international Partners in Health organization.

Robinson grew up in Syracuse. His degree is in international relations and public policy. He helps coordinate medical care for poor people in countries such as Haiti at hospitals in the United States and other countries.

Cadet, 15, is the oldest of three children. She lives with her two younger brothers and parents. Her father is skilled in masonry. Her mother is a seamstress. Neither have steady jobs. After Samantha was diagnosed at the age of 7, her mother, Suzette took her to several doctors in Haiti and finally moved with her to a sister‘s home in Port-au-Prince, in hopes of finding someone to help the girl. Then came the earthquake, in January 2010.

Partners in Health works with hospitals in Boston and Philadelphia which agree to provide a certain amount of charitable care. Because the need for care exceeds those resources, the organization looks for other hospitals that are able to offer specialized care. Robinson thought of Upstate and reached out to President Dave Smith MD, who was eager to help.

Pediatric heart surgeon, George Alfieris MD agreed to operate, and Partners in Health set about to select an appropriate patient. This involved sending a pediatric cardiologist to Haiti to screen children with heart ailments. Frank Smith MD of Syracuse volunteered.

He borrowed a portable echocardiography machine for his trip that would provide ultrasound videos of the children‘s hearts. It weighed about 30 pounds, and Smith carried it everywhere. “My right hand still kind of hurts because I literally had a death grip on that machine,” he quips.

Smith examined 38 children, taking complete histories and determining who could be helped by surgery. He says some had damage that could not be reversed, and some had problems that could be treated without surgery. About one-fifth of the children had rheumatic heart disease, which developed in response to untreated streptococcal infections.

In the cases of children who needed surgery, Smith says he told the parents to stay in contact with Partners in Health, which would receive the medical records he assembled. “It provided some hope,” he says.

Robinson traveled to Haiti in February to escort Samantha to Syracuse. The United States Embassy refused to issue her mother a visa to accompany her for the trip. “We sat down with the mother the night before and said ‘you need to understand, there‘s a chance you will never see your daughter again,‘ ” Robinson recalls. “They both understood her illness well enough to know that this is what she needed.”

The mitral valve in Samantha‘s heart was leaking, and she had a hole in her heart, one of the largest holes Smith has ever seen. Fluid was also collecting around her heart.

Samantha spent a few days recovering in Upstate‘s Golisano Children‘s Hospital before recuperating with a Syracuse family. She has been able to speak with her mother by telephone. Smith says she has recovered well, gaining almost 5 pounds since surgery.

She plans to visit Upstate Thursday to thank her caregivers and see Smith before heading back home to Haiti next week. 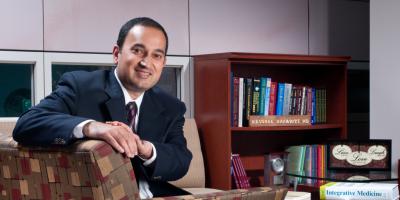 Did you know pacemakers can be recycled?