Not long ago, cancer was spoken about only in whispers. Today, lead characters in movies and TV shows face cancer with a mixture of realism, omissions of the mundane and compressed drama.

Awareness campaigns are part of the reason. In addition, writers and directors have “either gone through it or have people in their lives who have gone through it” and want to base their work on the real world, says Tula Goenka, a breast cancer survivor and professor of filmmaking at Syracuse University‘s S.I. Newhouse School of Public Communications.

Of course the shows don‘t always have happy endings. Upstate nurse practitioner Lisa Cico says “Terms of Endearment,” in which the daughter dies from breast cancer, is one of the saddest movies she has seen, but she knows other shows feature cancer survivors.

“I think it‘s good to have both out there because the reality is, you will see both.”

Mary Kate Hartmann of Syracuse, who cared for her fiance Evan Schoeberlein until he died from Ewing‘s sarcoma in July 2008, says dramatizations often overlook the emotional impact that cancer has on couples, and the everyday moments they share during treatment.

“They don‘t show the time you are sitting there with a loved one getting chemo, and it doesn‘t last 45 minutes; it lasts five hours. They don‘t show the tiny TV screens and the chairs that aren‘t comfy or the time when you are waiting two or three days to hear how a scan looked. You don‘t really see all that waiting.”

Breast cancer survivor Stephanie Zumbuhl of DeWitt says the portrayal of cancer in movies can be good for sparking conversation. The gravity of her disease didn‘t register with her daughter until they watched “The Express,” the movie about Syracuse University football star Ernie Davis, who died from leukemia. “My girl said ‘wait a minute. He had cancer, and he died?‘ That was tough.”

Watching shows about cancer is difficult for someone who is going through treatment, Zumbuhl says. “It‘s hard when you‘re right in the middle of it to hear a story that‘s not going well or to hear of a treatment that‘s different than yours.”

Cico, the nurse practitioner, appreciates Showtime‘s “The Big C,” in which the main character has melanoma and refuses treatment almost the whole first season. “I see that a lot in people,” Cico says, “where they don‘t want to try anything and then change their mind.”

She says many of the story lines are realistic, such as when the woman enrolls in a clinical trial, when she makes friends with a patient who dies, and when her husband loses his job and has to fight for health coverage.

But Michael Poiesz MD takes issue with the “highly unprofessional” flirtatious interactions the woman has with her oncologist. He says it makes him wonder if viewers understand they are watching fiction.

“The Big C” contains some strong messages, such as the husband‘s heart attack at the end of season two. “Nobody gets off scot-free in a show about mortality,” writer Darlene Hunt explains on “The Big C” blog. “And I really liked re-emphasizing that truth we bring up a lot in this show: We are all dying.

“Just because someone has cancer, it doesn‘t mean they‘re the next to go. They could live another 50 years while the seemingly healthy person next to them may not.”
Published on Thursday, February 9, 2012 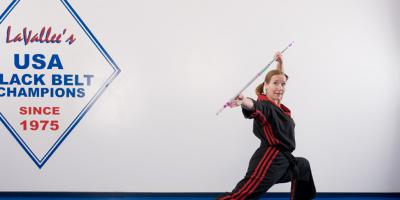 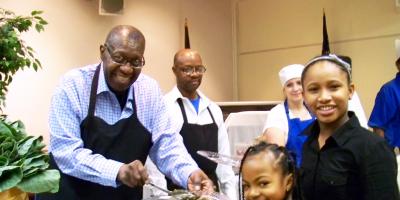 Heart art on display in Heart and Vascular Center