Doctors can prescribe medication to control irregular heartbeats, but many patients are opposed to a life-long prescription and the medication's side effects. Instead, they prefer their heartbeat be restored to a normal rhythm.

One way is through cardiac ablation, in which radio waves are applied to the problem cells. The heart beats normally once those cells are disabled.  The trick is locating those cells and then getting the ablation tool into position inside the heart to deliver the heat.

Cardiac electrophysiologist Tamas Szombathy MD uses Upstate's new stereotaxis magnetic navigation system to perform cardiac ablation. He believes he is the first doctor in the world to use stereotaxis to correct an arrhythmia, called ventricular tachycardia, originating in the delicate area of the heart's tricuspid valve, a procedure he accomplished earlier this month.

He saw the woman patient for a followup recently, and she said she felt "fantastic." Szombathy spoke about ablation for a Health Link on Air radio interview, airing at a special time, at 1 p.m. Saturday, Dec. 24.

The navigation system in Upstate's Heart and Vascular Center uses two permanent magnets on pivoting arms, which are positioned on either side of the patient. The physician inserts a catheter about the consistency of a cooked spaghetti noodle into a blood vessel in the patient's groin. The catheter's tip is magnetically driven and acts like an antenna to receive electrical signals inside the heart. Szombathy uses a joystick to navigate the catheter.

"It is so flexible I can coil it up several times, compared to the conventional catheters, which are usually more stiff," he says. That, and the precision allowed by the stereotaxis system, makes this type of ablation safer for patients. Most go home with a small bandage on the groin a couple hours after the procedure.

Using stereotaxis to get to the source of palpitations is like using a Global Positioning System to get to a location in your car, Szombathy says. "The heart gives out very tiny electrical signals," he explains. "Heart arrhythmias are actually irregularities of the heartbeats.

"We can navigate ourselves close to the tiny electrical signal, and when we get close, we can target the signal with radio waves. The antenna actually emits radio waves. These radio waves actually heat up that tiny spot in the heart, and that eliminates the irregularity right away."

Szombathy came to Upstate in 2010 from Boston where he trained at Tufts University. 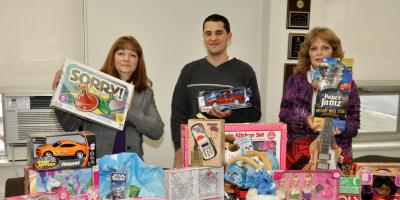 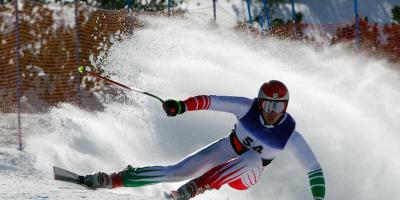 Stay safe on the slopes; purchase ski helmets for $25