Learning about cancer - from patients

You might expect a research paper from an oncology nurse practitioner who is also a licensed massage therapist to focus on the benefits of touch among cancer patients.

But Katherine Leonard‘s thesis, “Participating in You: The Lived Experience of Being Touched in People With Cancer,” was more insightful.

Leonard, MS, FNP, interviewed people undergoing chemotherapy. She asked open-ended questions about how they were approached in exams and what was comfortable and uncomfortable. Then she studied the responses as she transcribed the interviews.

“One of the biggest things that came out of it is that people really want to be seen as distinct individual human beings when they‘re approached,” she says. A cancer diagnosis often jeopardizes a person‘s self definition, as they lose control of familiar surroundings and integrate cancer treatment into their lives.

Leonard recalls one of her study subjects, a man who was homeless and newly diagnosed with cancer. When she asked him what touch meant to him, he said: “Touch is like the first time you look at me.”

That underscored for Leonard the importance of a caregiver‘s approach to patients. “In the first minute that you meet them, and in your regard for them, you‘re setting the stage for the whole rest of the encounter by how you are. Not even by what you say, but your entire intent in encountering another person.”

Procedures that seem horribly invasive - such as poking a needle into a patient‘s vein to start an intravenous line – are not necessarily perceived as negative by patients. “It has to do with the skill of the caregiver, but also the presence of the caregiver, that larger regard for the patient as an essential human being of importance,” Leonard says.

Her work was presented at a Sigma Theta Tau International Honor Society of Nursing meeting. She hopes to prepare a more formal study that explores patient perceptions of touch and interactions with caregivers.
Published on Wednesday, August 17, 2011 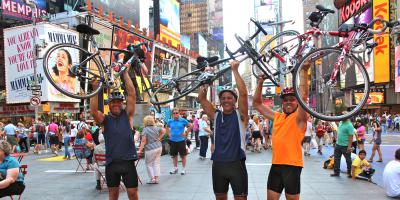 How Upstate is helping to improve drinking water in rural Kenya