One amazing save: Quick action brought DeWitt teen back to life after a lacrosse ball slammed into his chest

Coaches, a trainer and nurse revived Dan Cochran, center, with CPR and an Automated External Defibrillator. “These four strangers came together and saved my son‘s life. I don‘t know how to thank them,” says father, Sean Boland, who works as a dispatcher for Syracuse‘s ambulance service, Rural/Metro Corporation. His mother is Danielle Boland.

Dan Cochran, 15, who will be a junior at Jamesville-DeWitt High School this year, recalls the day in June when a lacrosse ball slammed into his chest during all-star tryouts:

“We had just finished doing 1-on-1‘s, and my arm got checked. Then we went down to do 4-on-3‘s, a drill to see how the three defensemen can communicate and work as a system to shut down the offensive players. I was playing up near the goal.

“Some kid passed the ball to someone else. I ran up to try to cover that guy, and the guy tried to shoot, so I tried to turn clockwise to get out of the way of the shot, and it ended up just hitting me. I took two, maybe three steps. I tried to scream, but I couldn‘t. Nothing came out. I very faintly remember falling. Everything was just dead silent as soon as that ball hit me. It was like the world slowed down for a little bit.

“The next thing I remember was being woken up. I was actually somewhat angry. And I was trying to figure out where I was. I couldn‘t really see very well, and I couldn‘t remember what day it was.

“I fell on my face, and I woke up on my back. I think I was on the stretcher already. I got hit with that check in the arm, and that‘s all that hurt

“I‘ve heard about commotio cordis before. I know a goalie from Cornell University (co-captain George Boiardi) a few years ago died from the same thing.

“I was only hospitalized for 12 hours. My cardiologist actually told me he‘d rather me not sit on the couch and do nothing. There‘s a very faint bruise on my left side, just under where my heart would be.

When Dan Cochran collapsed on the field, Upstate nurse Mike Jordan, who was at tryouts with his son, went running. He says the teen was blue. His eyes were rolled back, and no one could feel a pulse. He helped with the chest compressions of CPR, a skill he is trained in but has never had to perform on a human.

“It just kicked in. I didn‘t feel jittery or anything. Everything happened so fast. It was instinctive,” Jordan says. The AED shocked Cochran once. Jordan resumed compressions, but he wasn‘t through his second set of 30 before Cochran being trying to push Jordan‘s hands off his chest.

“Without the AED, I don‘t think he would have made it, to be honest with you. That AED, it was effective, that‘s for sure.”

Although it is rare, commotio cordis, the medical term for what happened to Cochran, is one of the more common causes of sudden cardiac death in young athletes.

It happens when a projectile (baseball, lacrosse ball, hockey puck, karate chop) strikes a specific area of the heart, with an exact force and at the precise stage of the heartbeat. Survival depends upon prompt cardiopulmonary resuscitation, CPR, and rapid defibrillation.

Volunteer for a diabetes support project 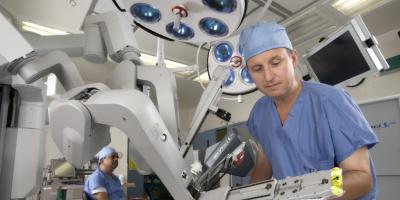