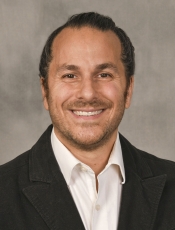 Dr. Glatt is Director of the Psychiatric Genetic Epidemiology & Neurobiology Laboratory (PsychGENe Lab).  The mission of the PsychGENe Lab is to develop and apply methods for finding the causes of mental health and mental illness.  The vision of the lab is that we will discover those causes and use that information to design interventions that treat or prevent these disorders, or foster resilience to them.  We are running numerous research projects aimed at finding the genes and environmental risk factors for a wide variety of disorders, including schizophrenia, bipolar disorder, post-traumatic stress disorder, autism spectrum disorder, and substance abuse disorders, among others.  Our pipeline seeks to identify “risk genes” for these disorders by studying affected individuals and families and then to reveal how such genes alter brain biology leading to a vulnerability to mental illness.