Longtime Upstate Medical University College of Graduate Studies Dean and SUNY Distinguished Service Professor Maxwell M. Mozell, PhD, died March 28 in New York City from COVID-19. Mozell, who would have turned 91 in May, worked at Upstate for nearly 50 years and served as dean from 1990 to 2008.

Mozell’s friends and long-time partner Beatrice “Tris” Farnsworth, said Mozell’s work at Upstate was his life. A passionate scientist, Mozell was well known for his signature bowtie, conversational puns and long hours in his lab. His love for the work made his retirement in 2008 difficult, Farnsworth said.

“He was a totally dedicated scientist and a workaholic. His major interest in life was his work and that’s not the type of person who enjoys retirement,” she said jovially, noting that he loved to travel, visit with his children and enjoyed the arts and culture of New York City. “Lately he would say, ‘what a waste of a day, I didn’t accomplish anything today.’ And I would say, ‘that’s OK, you don’t really have to accomplish anything.’ But he was just tremendously work-oriented his entire life.”

Mozell earned his bachelor’s, master of science and a doctorate from Brown University. He was an Aviation Experimental Physiologist for the Navy from 1955 to 1959 and a post-doctoral fellow for the National Institute for the Humanities from 1959 to 1961.

Mozell joined the Upstate faculty in 1961 as an assistant professor of physiology and attained the rank of professor in 1970. He served as acting director of the Division of Educational Communications, associate dean for Academic Program Development for the College of Medicine, project director for the Clinical Olfactory Research Center and director of the Neuroscience Program.

In 2004, Mozell was appointed as Distinguished Professor by the SUNY Board of Trustees. He was also a recipient of the Chancellor’s Award for Excellence in Scholarship and Creative Activities. He was dean of Upstate’s College of Graduate Studies for 18 years and was quoted by the Upstate Foundation as saying, “I think of this place as my home.”

Former Upstate President Gregory L. Eastwood, MD, said he remembers his friend as smart, good-natured and devoted to his work at Upstate.

“In our business we come across a lot of bright people and Max was about as bright as they come,” Eastwood said. “His service to Upstate was remarkable. This was where he developed his national reputation and someone we can be very proud of. He was a great representative of Upstate.”

Eastwood recalled many Upstate social gatherings when Mozell would offer up a clever pun, which was usually received with light-hearted groans from friends and peers.

“He attracted people, and I don’t mean he was the center of attention. I mean he was one of those people you felt very comfortable with,” Eastwood said. “People would catch on to his likability very quickly.”

Upon his retirement from Upstate in 2008, a lecture program was held in his honor and a seminar series was named after him. The Upstate Foundation also maintains the Maxwell Mozell, PhD, Endowment for Graduate Studies, which provides travel awards to Upstate graduate students presenting their research at national meetings.

Mozell's research interest was in the field of olfaction, the sense of smell. He held a National Institute of Health (NIH) grant for 40 years, of which he was very proud, Farnsworth said. He served as the chair of the International Commission on Olfaction and Taste from 1984 to 1991 and won numerous accolades for his work, including the Manheimer Award in Recognition of Career Achievements in the Chemosensory Sciences, the Sense of Smell Award from the Fragrance Research Fund, the Javits Neuroscience Investigator Award from the National Institute of Health and the SUNY Chancellor's Recognition Award for Exemplary Contributions to Research.

The highlight of his professional career, Farnsworth said, was his founding of the Association for Chemoreception Sciences (AChemS), which has grown into an international society of more than 600 members, two of which won the Nobel Prize for Physiology or Medicine in 2004. He also served as executive editor of its journal, Chemical Sciences, from 1992 to 1998.

Mozell was diagnosed with multiple sclerosis when he was in his 30s, Farnsworth said. His mobility declined in the last decade but his doctors told him he was one of the oldest MS patients in the country. Mozell had been living in a rehabilitation facility in New York City since July 2019 due to ongoing health problems involving his heart and kidneys. The facility closed to visitors two weeks ago due to the spreading coronavirus. Farnsworth was able to speak with him by phone several times a day including their last conversation on Friday evening, she said. Doctors told her he’d begun showing symptoms of coronavirus four days prior to his death.

Mozell is survived by his longtime partner and his five children, 12 grandchildren and 12 great grandchildren. His son, Everett Mozell, is a graduate of Upstate Medical University (1983) and is a general and thoracic surgeon in Salem, Oregon. 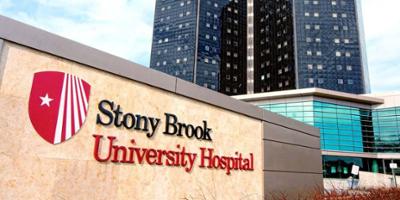 The Upstate nurses will work alongside staff in intensive care units with... 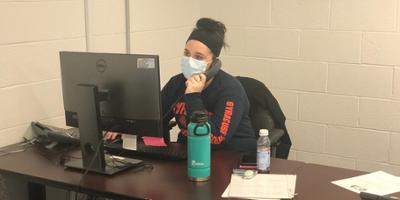 More than 62,000 have asked about COVID-19 symptoms with Upstate special triage line and assessment tool

The resources are attracting users from across the country. 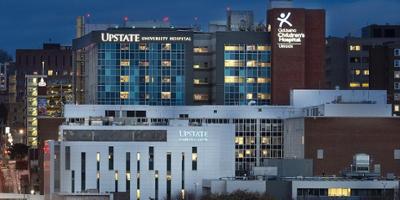 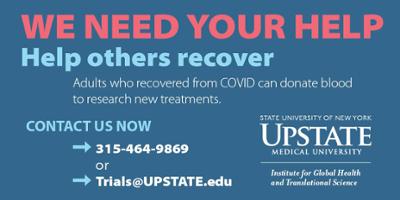 People recovered from COVID-19 may have developed antibodies against the...