Upstate Medical University’s College of Medicine has received a brand new award from the Alpha Omega Alpha Honor Medical Society for excellence in inclusion, diversity and equity in medical education and patient care.

Upstate is one of only four medical schools nationwide to receive the award, which was announced in late 2019. The award recognizes medical schools (and their associated Alpha Omega Alpha chapter) that “demonstrate exemplary leadership, innovation and engagement in fostering an inclusive culture that transforms the ideals of inclusion, diversity and equity into successful programs that support medical students, house staff and faculty diversity in service to the community.”

In its application, Upstate detailed 17 programs, positions, events and student organizations that work to foster inclusion, diversity and equity on campus. Among those cited are:

Upstate’s Associate Vice President and Dean of Student Affairs Julie R. White, PhD, said she is especially proud of Upstate’s pipeline programs and the CSTEP program, as Upstate was the only medical school in the state to receive such a grant.

“We talk a lot about diversity and sometimes we forget about that inclusion piece, which is what allows folks to feel comfortable and safe while they are here,” White said. “We want to make sure that when students come here, they are in an environment in which they can thrive and I think that’s what this award is trying to recognize.”

Upstate’s nomination details a series of dialogue programs on campus, a retention mentor position created in 2016, the reinvigoration of the Office of Multicultural Affairs and Student Inclusion as well as several student organizations including the Latino Medical Student Association and Women in Medicine & Sciences.

“It’s about not just coming to a place because you were recruited. It’s about being welcomed and feeling like it’s your home,” Cleary said. “It’s a lot more nuanced than just looking at numbers of who we recruit and who we graduate.

“Do people who come to Upstate feel like this is where they belong or do they feel like they aren’t quite accepted? I think feeling like you are included is important no matter your background or where you come from and I think student affairs has really focused on that.”

Caption: For the last two years, Upstate has sponsored a special pre-admissions workshop for Native American students to help increase the number of Native students pursuing education and careers in health care. The program was highlighted in Upstate’s nomination for the award from Alpha Omega Alpha. The 2019 class of attendees to the workshop is pictured here. 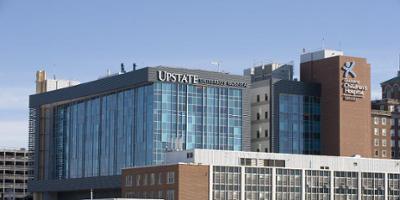 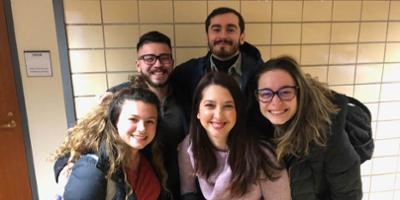 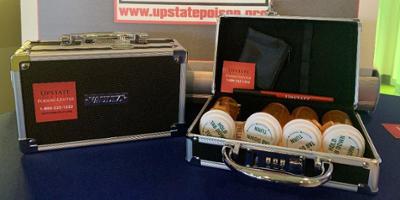 In a move aimed at keeping children safe from poisonings, Upstate will send some patients home with medication lock boxes

The Upstate Foundation, the Advocates for Upstate Medical University are...