After successfully participating in a clinical trial more than five years ago, Upstate University Hospital is now using a newly FDA-approved product to protect the healthy organs of patients undergoing high-dose radiation therapy for prostate cancer.

SpaceOAR Hydrogel is injected into the body as a liquid, which then solidifies into a soft, water-based gel that moves the prostate away from the internal wall of the rectum. The added space between the two organs helps prevent radiation from affecting the rectum, which can cause long-term irritative symptoms. The gel is inserted once before a course of radiation begins and dissolves naturally into the body over a six-month period.

Upstate participated in a clinical trial of SpaceOAR Hydrogel about six years ago, leading to subsequent approval by the Food and Drug Administration. More than a dozen patients at Upstate have been successfully treated with the product since then, said Oleg Shapiro, MD, vice chair of urology. Patients who are undergoing treatment for prostate cancer have been eager to learn of the new option, said Jeffrey Bogart, MD, interim director of Upstate Cancer Center.

“Most patients are pretty well educated and understand the different options for radiation,” Bogart said. “It’s easy to show them what this means. I can show them a picture of where the prostate and the rectum are and when we put the gel in it displaces the rectum and works to protect the rectum as much as possible. Regardless of what we do there’s going to be some risk of side effects. But it reduces the dose of radiation, which in some instances is remarkable.”

The traditional course of radiation treatment for prostate cancer has been 45 sessions over a nine-week period. In many cases, that schedule can be shortened to 28 sessions but also involves higher daily doses of radiation. The prostate and the rectal wall sit side by side in a man’s body so when radiation is directed at the prostate, it can also affect the rectum. Side effects of radiation to that part of the body can include diarrhea, cramping, sexual dysfunction, more frequent bowel movements and bleeding, which can be especially problematic for anyone on a blood thinner. Upstate is currently participating in a national clinical trial comparing 28 sessions of radiation to just five treatments (called SBRT), and the use of Space-OAR may be important for patients receiving only five radiation treatments, Bogart said.

“It allows us to target the periphery of the prostate where the cancer is usually found and spare the rectal wall so you can actually more effectively treat the disease and hopefully avoid the side effects,” Shapiro said.

SpaceOAR hydrogel demonstrated a 99 percent procedural success rate, a 73.5 percent reduction in radiation dose to the rectum and fewer side effects three years after the procedure, according to the manufacturer.

At the same time the gel is injected through the perineum, doctors at Upstate also inject markers to guide the radiation directly at the prostate. This cuts down on cases of infection, which were more common when the markers were inserted transrectally, Bogart and Shapiro said.

Bogart said Upstate’s original clinical trial and now use of the gel are frequently addressed at the prostate multidisciplinary team tumor meeting. At that weekly meeting, doctors from urology, radiation oncology, pathology, radiology, medical oncology as well as other support services, discussion patients and their treatment plans.

“While this new treatment may be helping radiation oncology, it’s really a team effort,” Bogart said. “These are the kinds of innovations and advances in treatment that we discuss every week.”

Prostate cancer is the most common type of cancer in American men. Of the 183,000 new cases diagnosed each year, more than 60,000 of those patients are treated with radiation.

Caption: This illustration shows where the protective layer of SpaceOAR Hydrogel is inserted during high-dose radiation therapy for prostate cancer. 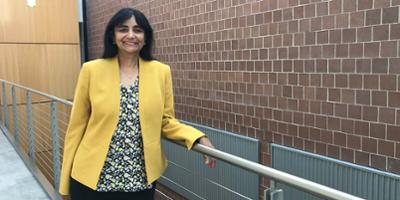 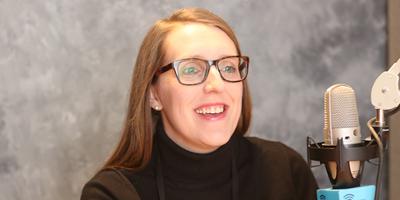 The study seeks to enroll up to 300 Upstate patients through June 2021. 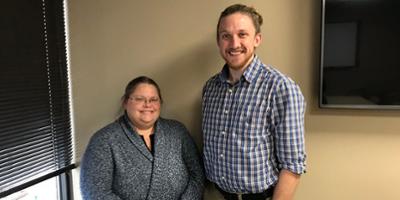 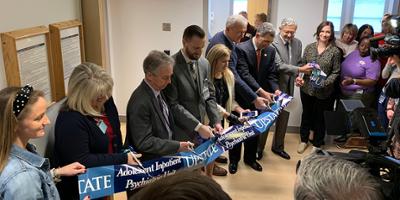