Quadrant Biosciences collaborated with researchers from Upstate Medical University and Penn State College of Medicine to create this groundbreaking biological test that is based on regulatory RNAs and microbes in the saliva. Clarifi ASD will be the first product to be launched from the company’s Clarifi™ Epigenetic Diagnostic Platform.

Clarifi ASD is the result of seven years of research at Upstate and Penn State College of Medicine, and is based on the rapidly  expanding field of epigenetics.  “In light of the growing evidence that autism arises from interactions between a child’s genes and the environment, an epigenetic approach, which looks at these two factors, including the microbiome, made sense,” said Steve Hicks, MD, PhD from Penn State Hershey Medical Center and one of the principal investigators behind the groundbreaking technology.  “We discovered that a ‘poly-omic’ RNA-based approach that integrates metagenomic methods could accurately distinguish children with ASD from peers without autism, including children with other developmental delays.”

Approximately 1 in 59 American children are currently diagnosed with ASD, a 10-fold increase in prevalence over the past 40 years. Unfortunately, this high rate of autism in the US, when combined with a relatively small number of specialists trained to make the diagnosis, has resulted in long waiting times for families to receive an autism evaluation. Consequently, while diagnosis is possible in children as young as 18 months, the average age of ASD diagnosis in the United States today exceeds 4 years of age. Early diagnosis is important because intensive behavioral therapy has been shown to improve the symptoms of autism, and children benefit more from such intervention the earlier it is started.

“Our overarching mission is to move the average age of diagnosis from over four years of age to the second year of life, and get these children into behavioral therapies earlier,” says Quadrant Founder and CEO Richard Uhlig. According to Uhlig, Clarifi is intended to be used as an additional tool to standard practices and only for children with a clinical suspicion of ASD.  “[Clarifi ASD] can determine the probability of a child having ASD in just a few weeks,” he explained. “With this groundbreaking technology, health care providers can make earlier diagnoses, provide more targeted referrals, and facilitate access to services at younger ages.”

Upstate’s Frank Middleton, PhD, and co-lead investigator on the research behind the technology, agreed.  “Salivary poly-omic RNA measurements represents a novel, noninvasive approach that can accurately identify children with ASD. This technology could greatly improve the specificity of referrals for ASD evaluation or provide objective support for ASD diagnoses. It is also worth noting that the test we developed includes measures of small RNAs which may have originated in the brain and been transported to the mouth along nerve tracts, as well as measures of microorganisms that directly influence gut-brain interactions—a topic of considerable interest to autism researchers.”

Daniel Coury, MD, professor of clinical pediatrics and psychiatry at The Ohio State University College of Medicine and a member of the Section of Developmental & Behavioral Pediatrics at Nationwide Children’s Hospital, sees the benefit of a biological diagnostic aid for autism in the clinical setting. “Often autism-specific interventions are delayed while awaiting a diagnosis. It frequently takes months to obtain an autism evaluation due to the large number of referrals, many of whom will not receive a diagnosis of autism,” he explained. “A test which can separate children who have screened positive into high likelihood of autism or low likelihood of autism could help streamline waitlists and permit earlier diagnosis and enrollment in autism treatment.”

Uhlig points out that the research behind Clarifi ASD™ has been funded by the National Institute of Mental Health (NIMH) and the American Academy of Pediatrics, among others, and numerous peer-reviewed research papers have been published supporting the science.  The test itself is a prescription only, laboratory-developed test that must be ordered and administered by a health care provider. It is now available in all states in the U.S. except New York. For more information about the Clarifi ASD test, visit www.clarifiasd.com

Caption: Frank Middleton’s research, along with work by researchers at Penn State University, was key to the Quadrant Biosciences’ breakthrough in creating a diagnostic tool for autism. Quadrant Biosciences participates in the StartUp New York program and is housed at the Upstate Medical University CNY Biotech Accelerator. 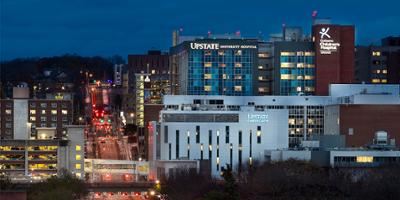 Upstate contributed $2.5 billion to the state and local economy and supported,... 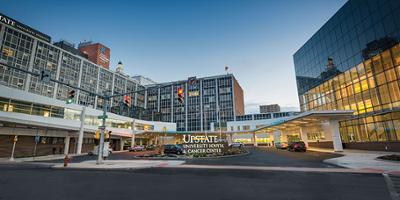 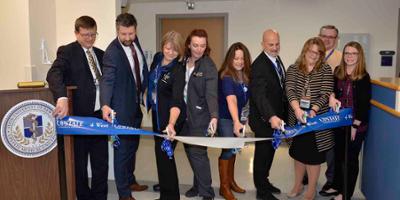 The project is a $2.8 million investment in patient care. 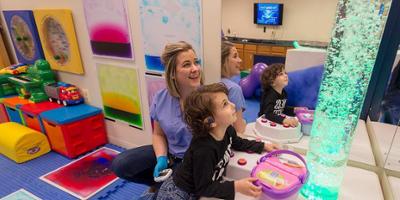 The new agreement will bring students from Binghamton and Cobleskill to Upstate.