Upstate University Hospital is now home to a nationally recognized peer support program for burn survivors and their families.

The new peer support program is the work of Clark Burn Center Program Manager Tamara Roberts, RN, MSN. When Roberts attended the World Burn Congress in 2013 and encountered the Phoenix Society – a national peer support training program founded by a burn survivor – she knew she wanted to bring it to Upstate.

It took her three years to make that happen. And in August, seven former patients and family members participated in a full-day training program to volunteer as part of the Phoenix SOAR program, which stands for survivors offering assistance in recovery. The group has 60 chapters nationwide and includes training, support materials and resources for its members.

Two of the volunteers in Upstate’s first SOAR group are Jay and Judy Tinker, of Tully. In July 2013, Jay sustained third-degree burns over 46 percent of his body after an accident in his backyard. He was pouring gasoline when it ignited, possibly from the cell phone in his pocket at the time. Jay spent 31 days in the hospital and has had five surgeries. The accident was life-changing for both of them. But the couple has been documenting Jay’s struggles and triumphs from his first days in the hospital in the hope of helping others. They reflect on their own experience after Jay’s accident when they talk about what they hope to accomplish as peer supporters.

“When you’re in that situation you don’t know what the future will look like,” Judy said. “You don’t know how long the recovery will be, what you have to be careful of or what your life is going to look like. You just fly by the seat of your pants and hope for the best.”

Roberts and the Tinkers are hopeful the new peer supporters will help patients and their families find comfort and answers for what lies ahead.

“It’s better to talk with someone who has gone through what they’ve experienced,” Roberts said. “To talk to the individual after and hear them say, ‘It felt good to talk to someone who went through what I did. They understood where I was coming from.’

“It makes them feel like they are not alone and we’re not just feeling sorry for them. They can see that they can go on and they can have bumps and trips but there is still life and you can move.”

For more than three years, Roberts and the Clark Burn Center have hosted a monthly support group. There, burn survivors and family members share stories and advice on everything from how to control skin irritations to where to purchase the best medical supplies for healing, Jay Tinker said. All seven of the first Phoenix SOAR program volunteers are from the support group.

The peer supporters will be available to meet individually with patients and families at the burn center. The volunteers are from throughout the greater Central New York region including Binghamton, Ithaca, Syracuse and Cicero. The survivors have varying experiences and injuries; some are family members who witnessed a loved one’s injuries or have been very involved in their recovery.

Roberts plans to put all of their photos and stories into a book that survivors and family members may look through to find the right person to talk to. Burn survivors often endure a unique set of challenges in their healing and recovery, Roberts said.

“It’s a lifelong, life-altering injury because it changes the physical characteristics for many,” she said. “It’s not like having a broken leg or having your appendix out. Many times with their burns it affects how they look. We would like to think that one wouldn’t judge the way someone looks but we are in a society where people do judge.”

Despite sustaining burns on his face, Jay Tinker has very little facial scarring, according to his wife. Seeing that can be a comfort to others, she said.

“It’s helpful to know that you will heal and you will be OK and life is good,” said Judy, who was the first peer supporter to meet with a family member, which she did recently for 90 minutes. “It’s not going to be as horrible as you think of think it will be in your head.”

More than six years out from his accident, Jay Tinker has a lot to share about what the journey has been like for him and his family. He’s looking forward to being able to help others with his story.

“I have good days and I have better days now because I’ve been through the worst days,” he said.

The Phoenix SOAR program at Upstate is being supported by a grant from the Burn Foundation of Central New York. The Clark Burn Center at Upstate Medical University serves 41 counties in New York and Pennsylvania. The center has served more than 600 patients in the last three years and the clinic sees about 1,400 patients per year.

Caption: Clark Burn Center Program Manager Tamara Roberts, RN, MSN, (second from left) stands with members of the new Phoenix SOAR peer support program, which stands for Survivors Offering Assistance in Recovery, after the group’s training day in August. At far right are Jay and Judy Tinker, of Tully. Jay Tinker sustained a serious burn injury in 2013 and the couple has remained actively involved with the burn center ever since. 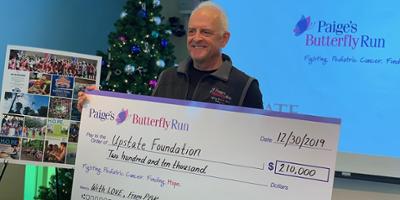 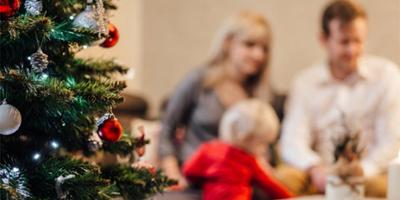 With a house full of people, distractions and new items in the house, it's... 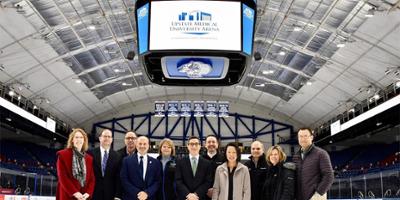 The partnership includes the naming of Upstate Medical University Arena at... 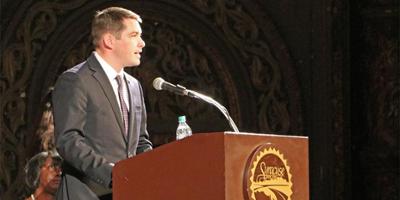 Walsh said he's proud to deliver his address at Upstate, "a major driver of our...