Two of Upstate Medical University’s most beloved portraits—featuring women pioneers in medicine with regional ties—were recently conserved and protected for posterity, revealing vibrant colors and fine details that should shine through for decades to come.

The portraits are of Elizabeth Blackwell, who graduated from Geneva College of Medicine in Geneva, N.Y., in 1849 and was the first woman in America to receive a medical degree; and Sarah Loguen Fraser, who was born in Syracuse in 1850 and graduated from the Syracuse University College of Medicine in 1876—making her the fourth black woman in the United States to earn a formal medical degree. Geneva and Syracuse University colleges of medicine later became Upstate Medical University.

The Blackwell and Fraser portraits have hung side-by-side in the entryway of the Health Sciences Library on the Upstate campus since February. The portraits, which were painted by different artists 35 years apart, both recently underwent a conservation process by West Lake Conservators in Skaneateles.

The Blackwell portrait, which was painted by artist Joseph S. Kozlowski in 1965, had a layer of varnish that had “bloomed,” which made the piece look yellow and obscured many details, said Cara Howe, assistant director of Archives & Special Collections at Upstate. Removing the varnish from the 54-year-old painting revealed a much clearer portrait of Blackwell, including a bright, almost glowing red background.

The Loguen Fraser portrait, which was painted by artist Susan Keeter in 2000 to honor Loguen Fraser’s 150th birthday, was in good condition and did not need as much work, Howe said. West Lake Conservators cleaned the portrait and also checked it for damage.

Both portraits were placed behind a special type of glass that keeps out most UV light and should help protect the artwork from the elements, Howe said. Upstate’s portrait collection, which includes dozens of portraits of past presidents, deans and notable alumni, is located throughout buildings and offices across campus. Their public locations make them easy to view and enjoy but also more susceptible to damage compared to if they were located in a museum, Howe said.

The recent conservation work on the Blackwell and Loguen Fraser portraits is part of Upstate’s long-term plan to preserve and protect its entire portrait collection, Howe said.

“I’m very proud of the work that we’ve been able to do with the portrait collection,” she said. “It gives me a sense of great satisfaction to know that they are now being cared for the way we should care for art.”

In addition to preserving the pieces, Howe has been working to place the portraits in appropriate and more permanent places across campus—former presidents outside of the president’s office in Weiskotten, for instance. The portraits also include signage about the subject’s Upstate connection and information about the artist.

“Having them in the library is of course a source of pride and the library is very happy to have them housed here,” she said. “In terms of historical foundations for the university, they are pivotal. I felt if we moved them outside of the library space there might be debate over where they should reside.”

“They live in the library and they are never leaving,” Howe said smiling. “That’s my hope. They are here forever.”

Artist Susan Keeter, who works in marketing and communications at Upstate, said she’s thrilled to see her portrait of Loguen Fraser with the Blackwell piece and that both have a prominent, permanent home.

“It’s quite gratifying to see the university invest in all of its fine art so that people can enjoy it in the future,” Keeter said. “It’s important that we have these two women trailblazers as part of our history and it’s good to see them be recognized.

Caption: At left, the Elizabeth Blackwell portrait before a layer of varnish was removed (including a computer-generated black circle noting damage), with the newly conserved portrait at right. 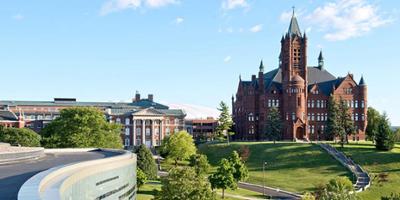 The three new schools join 11 already in the program. 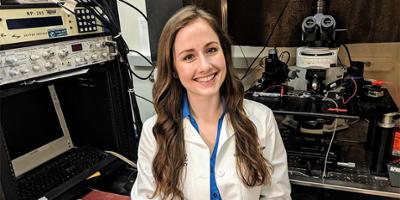 Hannah Phillips, a PhD candidate in the departments of neuroscience and... 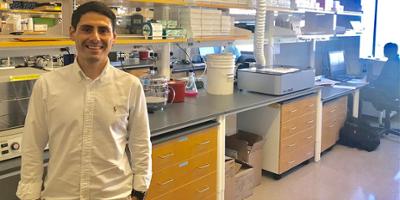 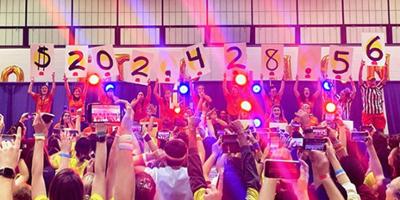