Upstate Medical University Professor Saravanan Thangamani, PhD, released the findings of his successful Citizen Science Tick Testing Program on Nov. 1, revealing that about one third of the ticks sent to his lab were carrying disease.

Earlier this year, Thangamani encouraged the public to send him ticks by mail so his lab could test them for disease. From July through late October, the lab received sometimes 70 samples per day, with 1,921 total submissions from nearly every county in New York state. The response was far more successful than Thangamani anticipated, he said.

Thangamani, a professor of microbiology and immunology at Upstate and director of the SUNY Center for Environmental Health and Medicine, is studying the geographic expansion of ticks and tick-borne disease in New York.

Using the samples from across the state, Thangamani’s lab tested each tick for several diseases including Lyme, Babesia, Ehrlichia and several others. The researchers found that 26.14 percent of ticks sent in by the public were carrying Lyme disease and 32 percent in total were carrying some sort of disease.

The researchers also examined if the ticks were carrying more than one disease at a time. Thangamani’s lab also tracked where in the state the samples came from; residents in nearby Onondaga, Oneida and Madison counties submitted the greatest number of samples.

Thangamani’s lab tested each tick and shared the results with the sender by email.

“This is a win-win partnership,” Thangamani said. “We get more ticks for our research investigation and the public gets to know if the tick they pulled from their body or from their pet’s body had any infection or not.”

As Thangamani’s group was compiling data earlier this week, the researchers made a startling discovery in a tick submitted from the downstate region; the tick tested positive for the Powassan or Deer Tick Virus (DTV) in a tick also carrying Lyme. The Powassan/Deer Tick Virus can cause severe disease, including infection of the brain (encephalitis) or the membranes around the brain and spinal cord (meningitis), according to the Centers for Disease Control and Prevention. Symptoms of the virus include fever, headache, vomiting, weakness, confusion, loss of coordination, speech difficulties and memory problems.

The New York State Department of Health reports there are one to two cases of Powassan virus disease each year. The CDC reports 19 cases in New York state since 2009. It’s the first time Thangamani’s lab has discovered Powassan or DTV in this project.

“Detection of Deer Tick Virus is significant for several reasons. It is a rare but fatal disease-causing, tick-borne virus; it could co-infect together with the Lyme disease agent leading to more severe Lyme disease outcomes; former U.S. Sen. Kay Hagan died of complications from Powassan virus recently,” Thangamani said. “This highlights that the survivors of this infection could have a long-term health consequences.”

Ticks and tick-borne diseases are on the rise throughout New York and all of the northeastern United States. This is evident as more tick-borne diseases are being reported in Central New York. Thangamani’s lab is examining several possible factors linked to the increase including:  environmental factors facilitating tick expansion; human behavior; movement /migration of deer and other wild animals; and human and environmental health.

Caption: Upstate Medical University Professor Saravanan Thangamani, PhD, looks at a petri dish full of ticks in his lab at the Institute for Human Performance. All of the ticks in the dish were pulled off one dog over a period of 30 days. 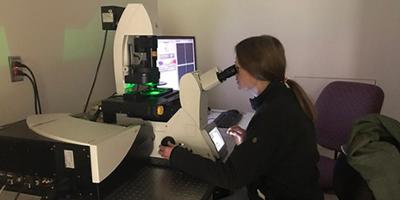 The advanced technology will propel research across campus. 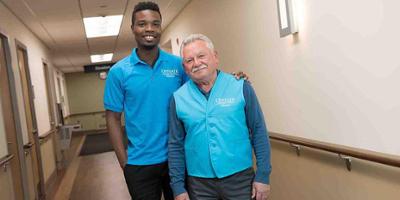 The new color is brighter than the previous navy blue uniforms. 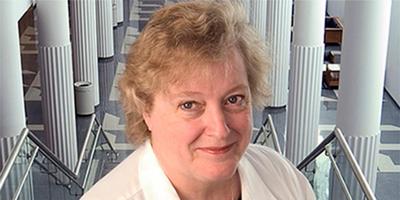 Patricia J. Numann, MD, FACS, past president of the American College of Surgeons... 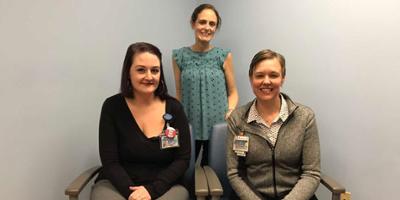