“Tim’s contributions to the Upstate community have been nothing shy of amazing,” said Eileen Pezzi, vice president for development at Upstate Medical University. “From the countless hours and generous financial support he gave to the campaigns for the Upstate Golisano Children’s Hospital and Upstate Cancer Center, to the countless introductions he’s made – and doors he’s opened – to SU coaches, football players and other invaluable contacts – Tim has literally been a paragon of generosity.”

Upon learning of the new endowed fund, Green noted, “I’m grateful that the Upstate Foundation has chosen to honor me, my family and my longstanding relationship with the Upstate community in this meaningful and impactful way.”

Green said that he is personally matching the gift. “To beat ALS, we’ll need to apply substantial financial resources to underlying research, development of effective treatments, education and awareness,” he said, adding that he and others have already raised more than $3.1 million through his Tackle ALS initiative.

Joining the Foundation in honoring Green are Sam and Carol Nappi, of Jamesville.

“When we learned of Tim’s diagnosis, Carol and I wanted to be part of local efforts to raise money and awareness for this debilitating neurological disease,” Sam Nappi explained. “Carol and I are committed to Central New York in both deed and donation, and Tim’s ties to this community are legendary. That he was integrally involved with Upstate, where so much patient care, education and research is already taking place in brain health compelled us to also match the Foundation’s gift.”

Green confirmed that he was diagnosed with ALS in a November 2018 interview on the CBS News show 60 Minutes. In the interview he insisted, “I don’t think about what I can’t do.”

According to Pezzi, financial support from the new Tim Green endowment will support activities and infrastructure at Upstate University Hospital’s ALS Research and Treatment Center.

Offering evidence-based, multidisciplinary ALS care and research, Upstate’s ALS center is the largest in New York state outside of New York City, one of only a handful of centers that have received certification by both the Muscular Dystrophy Association and the ALS Association, and part of the ALS Association's national network of Certified Treatment Centers of Excellence. The certification signifies that the center exhibits the highest levels of established national standards of care in the management of ALS.

“We are so very grateful to be the beneficiary of this new endowment,” said Luis Mejico, MD, chair of Upstate’s Neurology Department. “It is a validation of the important work we do to provide the highest quality patient care and clinical research, and a much appreciated investment in the work we still need to do in order to understand and ultimately defeat ALS and related neurological diseases.”

To honor Tim Green by making your own contribution to the Tim Green Endowment to Defeat ALS at the Upstate Foundation, visit www.upstatefoundation.org/TimGreenEndowment or call 315-464-4416. 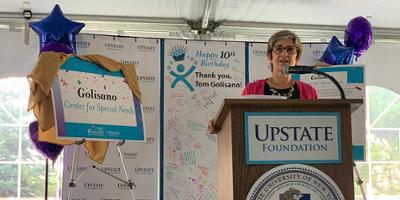 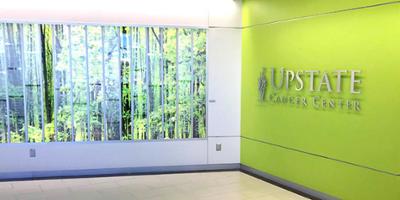 Upstate professors to present at international cancer conference in Spain 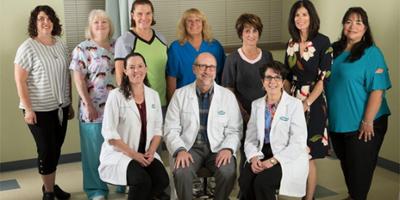 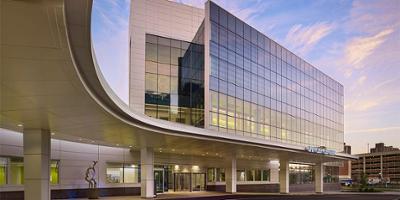 Call In For Cancer to benefit Upstate Cancer Center Oct. 1

The fundraiser highlights the fifth anniversary of the Upstate Cancer Center.