In early September 2017, the Trump Administration announced it was ending the Deferred Action for Childhood Arrivals program, which protects young adults who were brought to the United States illegally as children. Ending the program meant thousands of young people across the country could face deportation.

At the time, the fall semester at Upstate Medical University had just begun and many members of the faculty were concerned about how the new policy might affect some Upstate students.

Among them was Robert Roger Lebel, MD, who contacted the chair of Upstate’s faculty council to see what could be done to support and protect Upstate students potentially affected by rescinding DACA. The faculty council supported forming a task force to help.

“More than 20 faculty members expressed interest in serving on the task force,” said Lebel, who served as chair. “When you think of how committees go, that’s a really good response.”

The committee’s first step was to discover what those at-risk Upstate students might need. The task force asked for feedback and heard that students needed two things: information on where to go for legal help should they need it, and additional financial aid sources since they were not eligible for federal aid programs.

The task force, which met in person about five times, focused its work on those two things and sought ways to provide students and residents with more information about both. Staff from Upstate’s Health Sciences Library volunteered to compile that information into a website, which can be found here: https://guides.upstate.edu/daca.

“The website shows you what the task force accomplished,” Lebel said. “We didn’t create any of the materials but we helped assemble them into a convenient place for anyone who is interested.”

The website is broken into two categories, Financial Assistance and Legal Resources, and lists Upstate and New York state scholarship opportunities as well as many local organizations and regular, in-person clinics that can provide legal assistance.

“We learned that the Upstate Foundation and the Medical Alumni Association are perfectly open to (scholarship) applications without any distinction,” Lebel said. “They both assured us that’s no problem; they are our students, just like any other students.”

Once the task force was established, Upstate deans sent emails to the entire student body with information about the task force’s mission and purpose. Lebel said one person, a physician, on the task force was assigned to be the sole contact for DACA students to reach out to. That person heard from three students, he said. At no time did the full task force know how many Upstate students were or are here under the DACA program.

“The names were never mentioned at meetings,” he said. “One person on the task force was the only person who communicated with them.”

With the website up and running and DACA students more protected in New York state than in others parts of the country, Lebel said the task force accomplished its goals and will meet again only if necessary.

“We’re just glad to have the opportunity to do something helpful for people who are being marked and discriminated against,” he said. “Those opportunities pop up occasionally and it’s a privilege to jump up and be able to do something.” 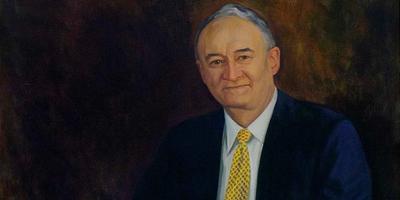 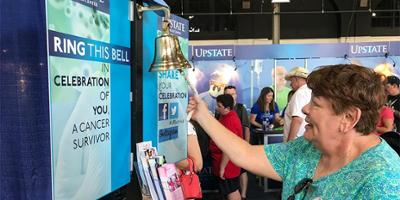 Upstate's exhibit, will be open the run of the fair, from Aug. 21 through Sept.... 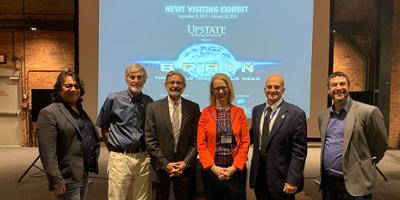 Upstate Medical University partners with the Museum of Science and Technology... 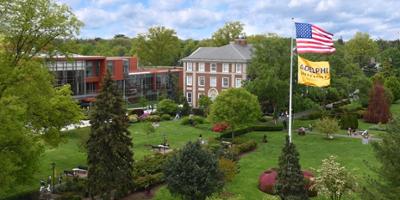 Program guarantees acceptance to medical school upon completion of undergraduate...