A simple saliva swab may provide an accurate way of detecting Parkinson’s disease in its earliest stages, according to a study published in the journal Plos One.

Changes in the function and microbiome of the upper and lower gastrointestinal (GI) tract have been documented in Parkinson’s disease before, although most studies have focused on the fecal microbiome and patients with advanced disease states. In this study, the researchers sought to identify changes in the oral microbiome of patients with early stage Parkinson’s disease. Using next-generation sequencing, the complete composition of microbes (including bacteria, yeast, phages and viruses), were quantified in the saliva of 48 esPD subjects and 36 age and gender-matched healthy control subjects. In addition to the collection of saliva samples, detailed assessments of motor, cognitive, balance, smell and taste functions were conducted to determine the disease stage.

According to Frank Middleton, PhD, Upstate associate professor of neuroscience and physiology and one of the principal authors of the research, this was the first in a series of planned studies to evaluate the importance of the oral microbiome in esPD.  “The major impetus behind our efforts is the earliest possible detection of Parkinson’s disease before the onset of motor symptoms. That is the Holy Grail that we all chase.”

The results of this initial work were intriguing. Significant differences in the composition of the oral microbiome between the esPD and healthy control subjects were observed at an overall accuracy of 84.5%, suggesting potentially strong utility as a diagnostic tool.  Most of the differences were found in bacterial species abundance, though differences in some species of yeast were also observed. The researchers also found significant changes in a set of 9 human or host mRNAs in the saliva, several of which mapped to various brain functions and showed correlations with some of the significantly changed microbial taxa. Finally, significant correlations between many of the microbiota and functional measures were also observed, including those reflecting cognition, balance, and disease duration.

The study also suggested that the oral microbiome is not only a robust and reliable source of biological information about Parkinson’s disease, but likely a better source than the lower GI tract for identifying changes in microbial abundance, according to Middleton. “To date, the vast majority of studies have focused on the fecal microbiome. However, the lower GI tract may be affected by such things as constipation and motility issues, which are common in Parkinson’s disease, or the use of antacids, both of which could influence the environment of the lower GI and potentially give rise to misleading results.  By focusing on the beginning of the GI tract, we are largely avoiding changes in the environmental conditions in which the bacteria grow.”

Finally, the authors noted that not all bacteria found in the oral microbiome of esPD patients appear to be beneficial as they might be in non-diseased individuals. Indeed some, such as Lactobacillus reuteri, found in higher levels in patients with esPD, while commonly regarded as a beneficial probiotic may be pro-inflammatory and actually contribute to the progression of the disease. This may have implications for those in at-risk categories for Parkinson’s disease taking probiotic supplements that contain some of these bacteria.

Richard Uhlig, founder and CEO of Quadrant Biosciences, explained why this research on esPD nicely dovetails with other work the company has been conducting collaboratively on the microbiome and epigenetics. “It is exciting and extremely gratifying to be on the forefront of these exciting discoveries in epigenetics and the microbiome, and we are optimistic that, like our autism research, this work will eventually translate into a viable and widely available test to help millions of people afflicted with this terrible disease.”

Middleton summarized the overarching significance of this research.  “I think we’ve entered a new era in terms of neurodegenerative disease research and are now starting to consider the oral microbiome and the bacteria and other biota that are there as a ripe place for discovery of potential risk factors.”

Caption: Upstate professor Frank Middleton, PhD, is a principal author of the study that shows link between Parkinson’s disease and the gut microbiome. 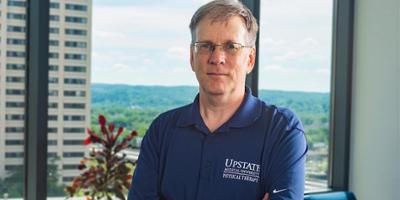 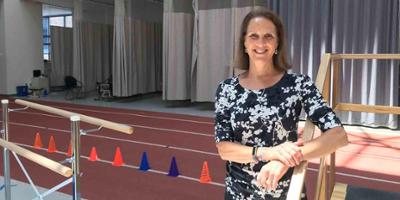 Karen Kemmis has spent her time as president advancing the organization’s... 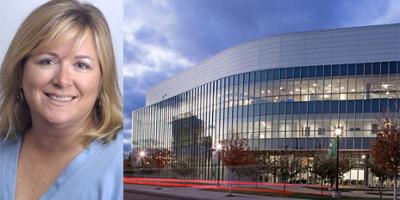 In new role, Durdon will aim to strengthen economic development partnerships to... 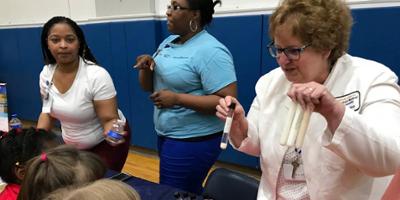