Former Upstate Medical University president Gregory L. Eastwood, MD, has written a new book about a topic he has encountered many times during more than five decades in health care: death and dying.

The book, “Finishing Our Story: Preparing for the End of Life,” published by Oxford University Press, is available now.

Eastwood, who is a professor of bioethics, humanities and medicine at Upstate, said he wrote the book for everyone, and perhaps specifically for those who are anticipating the latter stages of life like himself. Teaching medical ethics, in addition to his work as a practicing physician and an administrator in health care institutions, has exposed him to the topic of death in many ways, he said.

Chapters in the book include “The Good Life,” “Making Our Wishes Known” and “Dying Isn’t What It Used to Be.” Eastwood discussed how death and dying has changed over time on a recent episode of HealthLink On Air, Upstate’s weekly radio show and podcast. Eastwood recalled his first memory—he was 3 years old and his grandmother had died suddenly. Her body was placed in the front room of her home, where relatives and friends could visit and sympathize with her family. It was a common custom at the time but one that is rare today as people more often die in a hospital surrounded by “gadgetry,” he said.

Eastwood also takes time in the book to discuss how to prepare for the end of life and address personal and family decisions related to that stage of life.

The 152-page book also includes a chapter titled “May I Choose to Kill Myself?” which addresses the controversial topic of physician-assisted suicide. Eastwood said it’s a topic that comes up in ethics classes with medical students and one society should continue to debate.

Caption: Gregory L. Eastwood, MD, has written a new book about a topic he has encountered many times during more than five decades in health care: death and dying. 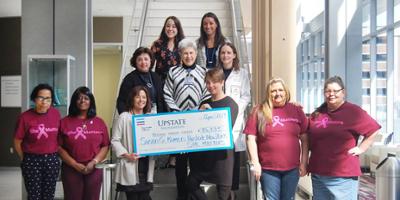 Komen organization’s latest grant for She Matters pushes total support for program over $200,000

The goal of the program is to screen underserved women in Syracuse for breast... 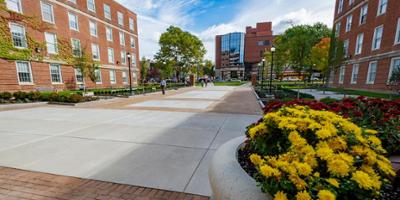 Applications for the fall are due May 1. 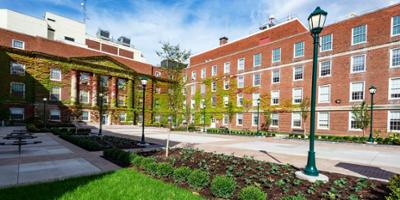 The ranking is an accomplishment to be proud of, especially given the... 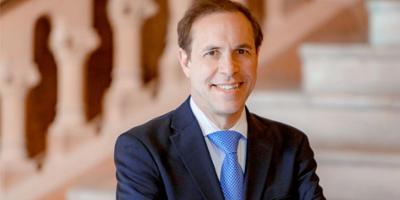 Upstate will confer degrees on 478 students.