An Upstate Medical University professor is one of four principal investigators involved in a study of genes linked to hearing loss that was recently awarded a $1.9 million grant by the National Institutes of Health.

Francesca Pignoni, PhD, professor of ophthalmology and interim chair of neuroscience and physiology at Upstate, has been studying genetic mutations affecting development for many years.

The study, “SIX1 Co-factors in Craniofacial Development” (2018 -2023) examines Branchiootorenal Spectrum Disorder (BOS), a type of birth defect that leads to hearing loss as well as kidney disease. The prevalence is 1/40,000 and affected individuals have a 50 percent chance of passing the condition to a child.

The study is being led by Sally A. Moody, PhD, chair of the Department of Anatomy and Cell Biology at the George Washington University School of Medicine and Health Sciences.

“Our work has traditionally focused on genes involved in eye development and vision, while Dr. Moody’s work is centered on ear development and hearing,” Pignoni said. Despite studying different sensory organs, the two laboratories focus on genes required in both organs. While aware of each other’s work and occasional collaborators for more than a decade, this is the first time they have joined efforts on a grant, Pignoni said.

The research focuses on two genes linked to BOS: SIX1 and EYA1, and aims to identify additional causative genes for BOS. “We hypothesize that there are other key co-factor proteins that (like EYA) bind to SIX1 to regulate its activity, and that mutations in these co-factors contribute to the unknown causes,” Moody said in a press release from GWU. “We hope to identify these additional genes, which could lead to more comprehensive screening for infants with suspected hearing impairment.”

Pignoni works extensively with fruit flies since its genetic code has been fully mapped and is easily manipulated; while Moody uses the frog as a model organism. By analyzing the effect of subtle mutations on the activity of the SIX1 protein and its co-factors in these animals, their studies hope to better identify which gene and protein changes cause BOS in humans.

“The idea is that we should be able to identify the parts of the SIX1 protein and its co-factors that must fit together perfectly to function well,” Pignoni said. “Mutations in those regions would impair protein function, leading to abnormalities in the human ear and consequent hearing loss.”

The long-term goal is twofold: for genetic abnormalities that cause hearing loss to be identified during gestation, and to find ways to restore proper protein function and prevent the development of the disease altogether.

Pignoni’s lab is also supported by $1.3 million and $1.7 million NIH grants focused on other developmental genes. “We are excited about every single grant that comes in,” Pignoni said. “This latest award was very nice news.” 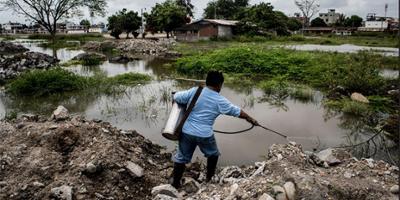 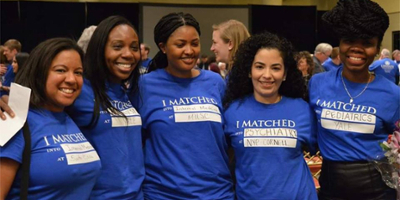 100 percent of Upstate students matched with a residency program, with nearly... 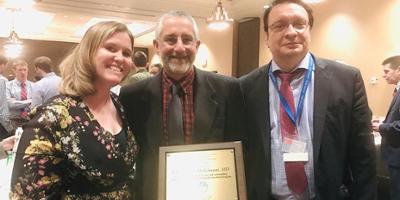 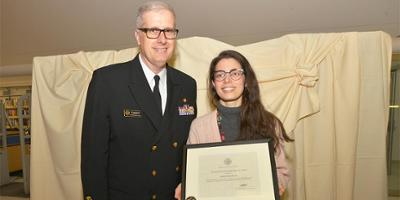