In a nod to Elizabeth Blackwell, the first woman to earn a medical degree in the United States, Upstate Medical University is featuring five women presenters in its upcoming Neuroscience Grand Rounds. All sessions will be held at 8 a.m. in 103 Weiskotten Hall.

Blackwell, who hailed from Bristol, England, graduated in 1849 from Geneva Medical College, which today is Upstate Medical University.

“Elizabeth Blackwell was truly a pioneer,” said Lawrence Chin, MD, professor and chair of neurosurgery at Upstate. “She used her intellect, dream and desire to help others to become a doctor and, in doing so, made history.”

“The women we will hear from in our grand rounds possess many of the same attributes as Dr. Blackwell,” Chin said. “We are excited to host them in celebration of Dr. Blackwell’s 170th anniversary of earning her medical degree.”

Stacey Quintero Wolfe, MD, FAANS, will speak on endovascular surgery Nov. 28. She is associate professor, residency program director, and director of Neurointerventional Surgery at Wake Forest School of Medicine. Wolfe specializes in cerebrovascular disease and performs clinical research in open and endovascular treatments for ischemic and hemorrhagic neurovascular pathology; including aneurysms, AVMs, dural fistulae, Moya Moya disease, cavernomas, carotid disease, and ischemic and hemorrhagic stroke. Her current research is in the genomics of inflammatory response to ICH. She is the institutional PI for 5 national clinical trials, including MISTIE III for which she received commendation as a top 10 enroller, and is Co-PI for the NIH StrokeNet at Wake Forest. She has authored more than 75 peer-reviewed papers and book chapters in the fields of cerebrovascular surgery, neurotrauma and cellular transplantation. She serves as an editorial reviewer for the Journal of Neurosurgery, Neurosurgery, World Neurosurgery and the Journal of Neurointerventional Surgery.

Katherine J. Swoboda, MD, will speak Jan. 9, 2019. Swoboda is The Katherine B. Sims M.D. Endowed Chair in Neurogenetics and Director of the Neurogenetics Program at MassGeneral Hospital for Children. Swoboda is a neurologist and geneticist with particular expertise in motor disorders with childhood onset. Her primary research efforts include genotype/phenotype studies targeting the underlying molecular disease pathogenesis, biomarker development and treatment of inherited motor disorders. She has directed or collaborated in numerous clinical trials and studies in children and adults with spinal muscular atrophy(SMA), alternating hemiplegia of childhood (AHC), inherited disorders of neurotransmitter biosynthesis and metabolism (Segawa disease, DHPR and PTPS deficiency), and other disorders, including childhood-onset ataxias and neurodegenerative disorders. She is actively engaged in pilot initiatives to support newborn screening for neurodegenerative disorders with onset in infancy or childhood, including SMA, Pompe and other rare neurologic disorders. She has received funding from the National Institutes of Child Health and Development, the National Institutes of Neurologic Disease and Stroke, Families of SMA, Fight SMA, the Muscular Dystrophy Association, the SMA Foundation, the Pediatric Neurotransmitter Disorder Foundation, and the Alternating Hemiplegia of Childhood Foundation.

Julie Pilitsis, MD, PhD, will speak Jan. 30, 2019.  Pilitsis is a professor neurosurgery and neuroscience at Albany Medical College and chair of the Department of Neuroscience and Experimental Therapeutics. She has served as chair of the Joint Section on Pain of the American Association of Neurological Surgeons (AANS)/Congress of Neurological Surgeons (CNS) as well as AANS/CNS chair of Joint Section for Women in Neurosurgery. She is currently an Executive Council Member of the American Society for Stereotactic and Functional Neurosurgery, Scientific Program for the AANS, and on the NANS Board of Directors. With the support of the NANS Board of Directors, she began the NANS Women in Neuromodulation Section where she was the first chair and currently serves as senior advisor. Pilitsis maintains an NIH-sponsored research program focused on device optimization for neuromodulation and has published more than 100 journal articles, 4 books, and numerous chapters. She serves as section editor of functional neurosurgery in Operative Neurosurgery, is on the editorial board of Neuromodulation, and sits on multiple NIH study sections.

Sepideh Amin-Hanjani, MD, will speak Feb. 27, 2019. Sepideh Amin-Hanjani is professor, residency program director, and co-director of Neurovascular Surgery at UI Health (University of Illinois). Her clinical interests include cerebrovascular surgery for brain aneurysms, Moya-Moya disease, carotid artery disease, arteriovenous malformations (AVMs), and cavernous malformations. She also evaluates and manages patients with hemorrhagic and ischemic stroke, including intra-cranial disease and vertebrobasilar insufficiency (VBI). In 2013, she was elected member-at-large of the Congress of Neurological Surgeons (CNS) Executive Committee for a 2-year term. Amin-Hanjani was recently published in JAMA Neurology as the lead investigator for a study that concluded that patients with low blood flow to the back of the brain can be identified with a new MRI-based technology, a software developed at UI Health.

Patricia K. Coyle, MD, will speak April 3, 2019. Coyle is professor of neurology, vice chair of clinical affairs and director of the MS Comprehensive Care Center at Stony Brook University School of Medicine. Coyle is an expert in multiple sclerosis and neurologic Lyme disease. She has held multiple leadership positions at the American Board of Psychiatry and Neurology, the American Academy of Neurology, the American Neurological Association, and the National MS Society. She has served as an adviser to the Food and Drug Administration and the Institute of Medicine. Coyle has received research funding from the NIH and the National MS Society, and is actively engaged in studies to understand and treat these diseases.

All sessions are open to the public. 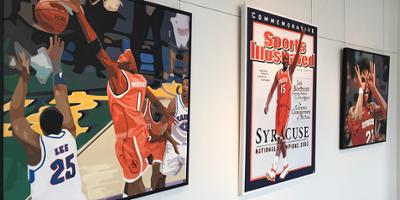 The Upstate Cancer Center is inviting area artists to exhibit their works in the... 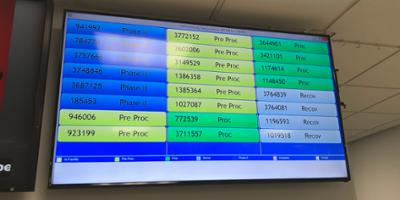 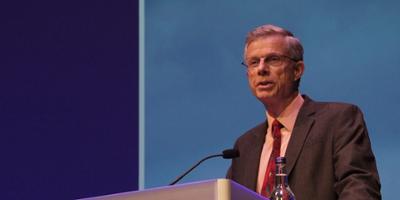 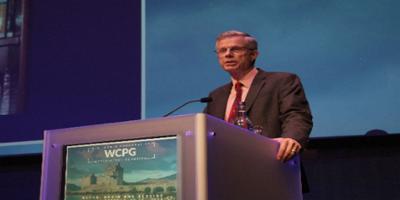