SYRACUSE, N.Y.-- When the Upstate Cancer Center opened its doors in July 2014, only the first three floors of the five-story building were completed and occupied. The fourth and fifth floors were constructed but left empty, anticipating future Upstate needs.

Three years later, those needs became obvious as more and more adult cancer patients are seeking treatment at Upstate, said Dick Kilburg, assistant director of the Cancer Center. After about a year of designing, planning and construction, the new fourth floor opened in early June and the fifth floor is scheduled to open this fall. Each floor is about 20,000 square feet.

In determining what was going to occupy the coveted space, Kilburg said Cancer Center needs demanded more exam rooms and more infusion spaces for adults, both of which have occupied the second floor since the center opened. The team decided to turn the entire fourth floor into exam rooms, upping the number from 14 to 35. The second floor will become all infusion rooms, increasing that number from 27 to 44. Part of the second floor is still under construction and will open July 30, Kilburg said. The fifth floor will house Upstate’s Clinical Pathology Lab, which should greatly improve test efficiency with results made quicker and easier.

The new fourth floor was constructed with the same patient-focused design qualities as the rest of the Cancer Center.

“The original building was built as a healing environment with the atrium, color scheme and natural products,” Kilburg said. “We duplicated the same theme in the new space.”

The design and construction team gave great consideration to colors, lighting, art and architectural features all in an effort to provide comfort to patients and their families.

Huge, floor-to-ceiling photo murals of lush, garden landscapes adorn the pillars in the reception/waiting area and wherever you look there is art - from a huge hanging sculpture near the front to vibrant abstracts lining the hallways.

“We’ve had a lot of comments from patients and family members who said they feel like they are going to a museum rather than going for care, which is exactly what we were going for,” Kilburg said. “We’re trying to take their mind off why they’re here.”

Another feature of the renovated space that Cancer Center staff are excited about is a new approach to care on the fourth floor. The space was designed with pods of exam rooms. A physician will work with a consistent team out of each pod. Each team will include a physician, a fellow, a PA/NP, an RN and a medical assistant. The new care model will improve communication and continuity of care, Kilburg said.

The new space for the pathology lab on the fifth floor will “allow for increased efficiencies and will foster teamwork,” said Sophia Lustrinelli, department manager of clinical pathology.

“Patients may never see the lab but getting accurate lab results to physicians quickly so that they may initiate appropriate therapy sooner is key to quality patient care and patient satisfaction,” Lustrinelli said. 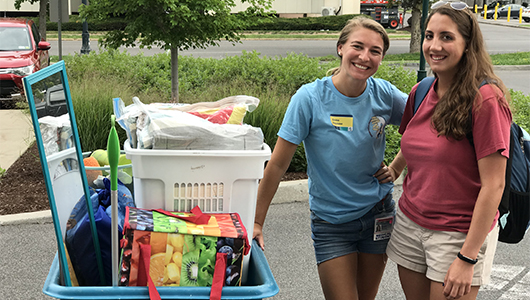 By the end of this month more than 500 students will have begun a new academic... 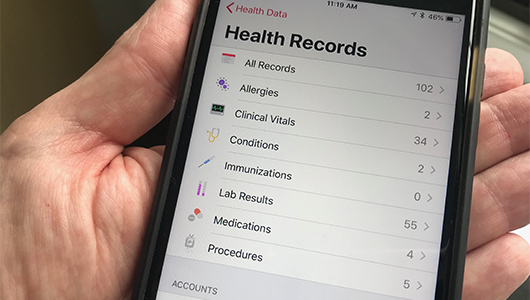 Patients who receive their health records through Upstate's My Chart can now... 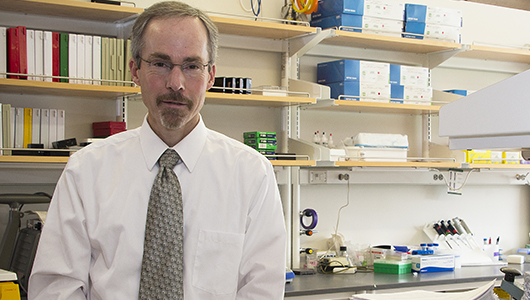 The findings hold promise for advancing the diagnosis and treatment of sleep... 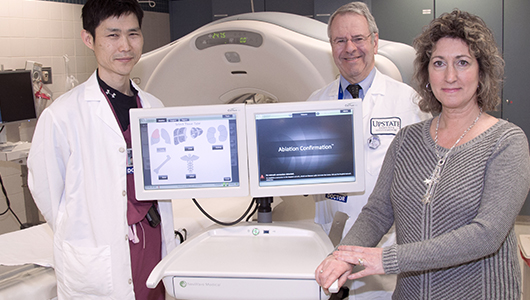 Upstate introduces new technology in the fight against liver cancer

Acquisition of the new technology was made possible through support from the...