Portrait of emeritus faculty member is part of Everson exhibition

If you plan to visit the Everson Museum of Art this summer, you might see a familiar face. That’s because the portrait of Gregory Threatte MD, who retired from Upstate in 2012, is part of an upcoming exhibit of the work of artist Darryl Hughto.

Upstate loaned the portrait to the Everson for the “Darryl Hughto: From Diamonds to Sailboats” show, which opens at the Everson on June 9 and runs until Aug. 26. Hughto, who lives and works in Canastota, is an internationally known abstract painter, whose work hangs in the permanent collections of several American museums.

Hughto painted the portrait of Threatte, who worked at Upstate for more than 25 years and is the former chair of the Department of Pathology. He is a professor emeritus of Pathology at Upstate. Hughto and his wife, artist Susan Roth, have been friends with the Threatte family for more than 20 years, said Threatte’s wife, Stephanie. The portrait was presented to Threatte upon his retirement in 2012 and has hung outside the alumni auditorium inside Weiskotten Hall on the Upstate campus since then.

The museum asked to borrow the portrait for the upcoming show and picked it up on May 17, said Cara Howe, assistant director of Archives and Special Collections at Upstate. Howe used a special key to remove the portrait-a framed oil on canvas that measures about 43 inches tall by 33 inches wide-from the wall.

“We actually don’t wear gloves when we do that,” she said. “You want to be able to grip it. Gloves are more important for things like photographs.” Everson staff wrapped the portrait in cardboard and bubble wrap and drove it down the hill to the Everson, she said. Fortunately, the Threatte portrait is recessed in a frame, which helps protect the canvas, Howe said.

“It’s probably one of our more valuable portraits because of who painted it,” Howe said. Including one work that is currently being commissioned, Upstate has 59 portraits in its collection and has taken steps in recent years to restore and preserve the works. Recent portraits usually cost about $10,000 to create and are paid for through a special Upstate endowment fund, fundraising or private gifts, Howe said.

Stephanie Threatte said she and Susan Roth became friends at the gym. Their husbands became friends later and the families have remained close for decades, she said. The Threattes live in the Albany area now but will travel to Syracuse-their home for nearly 27 years-for the opening reception of Hughto’s show at the Everson.

“Even though we both know about them and their talents they are our close personal friends and there’s a personal connection there that goes beyond the art,” Stephanie said. “We are very pleased that (Darryl Hughto is) going to be honored in this way.”

Also included in the upcoming exhibit is a portrait of the Threatte’s son and his wife, which Hughto painted when they were married about 10 years ago, Stephanie said.

And if you’re looking for where the portrait of Threatte normally hangs in Weiskotten, it won’t be hard to find, Howe said. The hardware to hang and secure each portrait is unique so nothing will replace it in the meantime, she said. In its place will be instructions explaining how and where to find it at the Everson.

For more information about the Everson show:

Caption: A portrait of Gregory Threatte, MD, will hang in the Everson Museum of Art this summer as part of an exhibition of the work of artist Darryl Hughto. 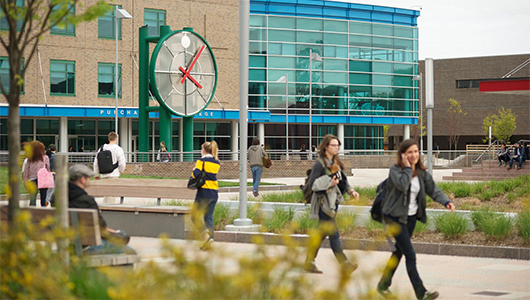 The program is part of Upstate's "forge your own path" program for academically... 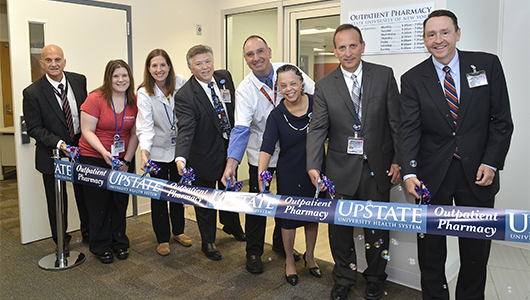 The "meds to beds" program features the delivery of prescription medications to... 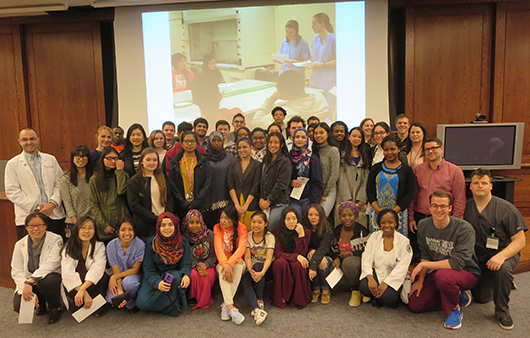 The Upstate Foundation has raised $2.1 million in the 21 years of the Friend in...