SYRACUSE, N.Y.-- The ovarian cancer drug doxorubicin can be toxic to the heart. Giving a woman enough of the drug to be effective against her cancer may be too much to be safe for her heart.

Scientists at Upstate Medical University are pairing doxorubicin with regular vitamin B2 in a new nanoformulation (that is, using microscopic particles) to treat ovarian cancer-with encouraging results that are gentle on the heart.

“We were able to demonstrate significantly inhibited tumor growth and prolonged survival,” Juntao Luo, PhD, says in describing his  research in the journal Biomaterials. Luo is an assistant professor of pharmacology whose research focuses on the use of nanocarriers for drug delivery.

A key piece of the success of the doxorubicin-vitamin B2 project is the creation of what is known in scientific terms as a “well-defined linear-dendritic telodendrimer nanoplatform.”

It’s known colloquially as a truck--a teeny-tiny truck made of a polymer.

Used separately, such high concentrations of doxorubicin are required in order to achieve the antitumor effects, which exposes the heart to toxic levels of the drug molecules. Doctors often warn patients not to take vitamin B2 if they are taking doxorubicin because the vitamin can weaken the drug.

When doxorubicin and vitamin B2 are paired on the drug-carrying truck, however, they have what scientists call “synergy,” working more favorably to kill cancer cells than either could alone.

The presence of vitamin B2 helps keep the doxorubicin molecules bound together on the polymer truck, minimizing the impact on the heart as it travels the bloodstream en route to the tumor.

Another form of doxorubicin used to treat ovarian cancer is Doxil, a medication that is incorporated into another style of truck, made of lipids. Doxil reduces heart toxicity, but its truck structure is too large to effectively penetrate the tumor, Luo describes.

The blood vessel leading to the tumor has an opening that is comparatively wide. Luo’s truck is small enough to travel deep into the tumor, delivering the drug where it can be most effective. This allows more cancer cells to be killed than by Doxil or by plain doxorubicin without Luo’s polymer truck.

After its work is done, the truck exits the body undetected through the urine.

“The nanoparticle reaches the tumor site easier and releases the drug, with minimal effects on the heart,” Luo describes. “Our formation inhibits tumor growth much more efficiently.”

This summer, Luo is working with gynecologic oncologist Rinki Agarwal, MD, to establish protocols for collecting samples of ovarian tumors from Central New York women. The samples would provide the next step toward testing this new treatment strategy. The scientists believe that testing this novel formulation directly on patient-derived samples will bring them a lot closer to bringing it to clinical trials.

Caption: Juntao Luo, PhD, is conducting research with a focus on the use of nanocarriers for drug delivery. 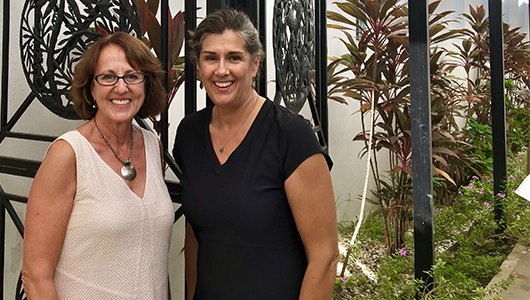 Upstate to be part of SUNY effort to build sustainable village, learning environment in Haiti

Upstate's Center for Global Health and Translational Research will coordinate... 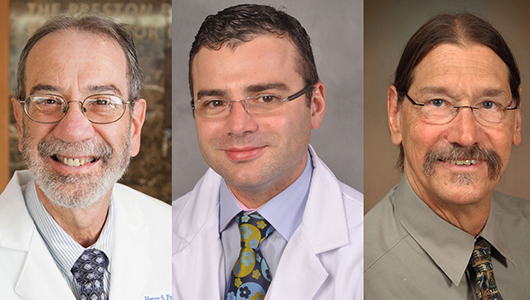 An noted neuro-oncologist, a specialist in urologic oncology and a family... 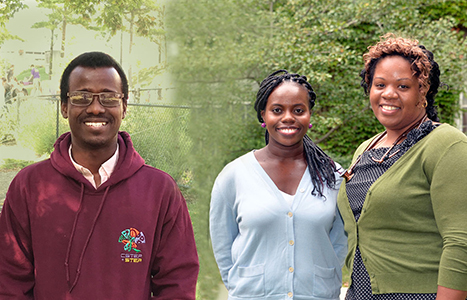