SYRACUSE, N.Y.-- A group of graduating medical students at Upstate Medical University are pledging to ensure that Medicaid patients are not forgotten in their professional practices.

Medicaid provides health coverage to low-income adults, children, pregnant women, elderly adults and people with disabilities. The program is funded jointly by states and the federal government. But reimbursement rates are historically low and some estimates say that one in three physicians do not accept Medicaid.

Emily Commesso, who earns her medical degree Sunday, May 21, began an initiative with a small group of her classmates to raise awareness of the issue among her peers after taking a class on Physicians and Social Responsibility in her second year of medical school.

“After class readings and discussions, we were inspired to try to make a change beyond the level of our individual choices,” she said. “We sought to serve patients with Medicaid and aimed to inspire our classmates to share the responsibility.

“We looked into facts about the current Medicaid and physician acceptance demographics and found major discrepancies between specialties. From this came the idea of a physician panel; we wanted to understand the experience physicians from a variety of specialties have had with Medicaid,” she added.

What came out of Commesso’s effort was 165-word pledge to serve as a reminder and commitment not to overlook those on Medicaid when seeing patients. The pledge was made available for students to sign in March, during the end of their final year of medical school; so far 64 have signed. Commesso expects more to sign the pledge, which will be displayed at Commencement reception.

“Since our first day as medical students when we receive our white coats, we pledge to do no harm and not discriminate in our care and to treat all individuals with respect,” Commesso said. “This pledge continues that spirit and encourages social responsibility for some of our most vulnerable patients.”

In 2017, approximately 1 in 5 Americans is part of the Medicaid program. Traditionally, this group of Americans has been underserved in their access to medical care. If every physician took on patients with Medicaid as a small portion of their client base, the gap in access would be closed and the health of our nation would rise.

In the course of practice as physicians, we will strive to serve those in need, regardless of their Medicaid status. We will strive to uphold the traditional pillars of medicine: beneficence, non-maleficence, autonomy and justice. In doing so, we believe it is wrong to fail to serve an entire group of people based solely on their socioeconomic status.

As a class, our specialties will reach far and wide and our careers as physicians will touch thousands of lives. Even if in a small way, it is our hope that as a class we can make a difference through the choices we make and the patients we serve. 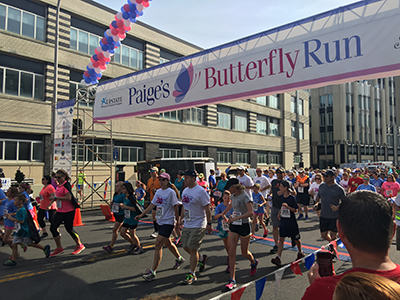 The 2017 run will be held Saturday, June 3, in downtown Syracuse's Clinton...

The award honors Weinstock's clinical, teaching and research excellence and her...

468 to receive degrees, certificates at Upstate Medical University Commencement May 21

Michael R. Barratt, MD, a NASA physician and astronaut and one of the nation's... 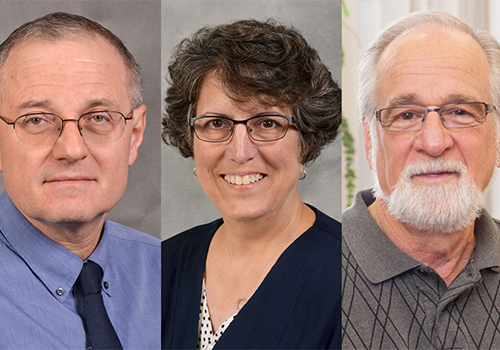