SYRACUSE, N.Y.-- An Ecuador-Peru border region with a population of more than 800,000 has been malaria free since 2012, due to a strong binational collaboration for malaria control, according to findings from a study by Upstate Medical University researchers and their national and international colleagues. The researchers say that this collaborative approach can serve as a model to rid mosquito-borne illnesses worldwide.

The study, “Successful malaria elimination in the Ecuador-Peru border region: epidemiology and lessons learned,” was published in the Nov. 28, 2016, issue of Malaria Journal. Mark Polhemus, MD, Rosemary Rochford, PhD, and Anna M. Stewart Ibarra, PhD, MPA, of Upstate’s Center for Global Health & Translational Science, are the Upstate researchers who participated in the study. The study was supported in part by the Department of Defense Global Emerging Infection Surveillance (GEIS) grants.

Polhemus says that the study highlights some key principles of a successful malaria elimination program that can inform the next generation of public health professionals in the region. “The approach used can also serve as a guide to ongoing and future control efforts of other emerging vector borne diseases globally,” says Polhemus, director of Upstate’s Center for Global Health & Translational Science and associate professor of medicine and microbiology and immunology.

The study documents the control efforts and identifies the best practices and lessons learned that could be applied to malaria control and to other vector-borne diseases. The researchers studied the robust malaria elimination program in the bordering region of El Oro Province, Ecuador, and the city of Tumbes, Peru, a coastal region once endemic with the mosquito-borne infection.

The binational collaboration took place over the course of 20 years following an upsurge of malaria in the 1980s to early 2000s. The collaborative approach of local leaders from each region led to strengthened surveillance and treatment strategies, shared resources, operational research to inform policy, and novel interventions, such as improved quality of miscroscopy diagnostics; proactive detection of febrile individuals at the community level through a network of volunteer community health workers; and an augmented epidemiologic surveillance system dedicated to malaria.

Stewart Ibarra says that when planning their malaria control program, the collaborators took into account social-ecological factors.  “For example, research findings prove that climate events, such as El Nino, and livelihoods that involve water contact, such as rice farming, increase the risk for malaria, among other factors,” says Stewart Ibarra, an expert in the ecology of infectious diseases and director of the Latin America Research Program at Upstate’s Center for Global Health & Translational Science. “This information, as well as other biophysical, ecological and social drivers of the disease, was taken into account when action plans were created by the collaborators.”

She adds, however, that the true success of the program is in the ability of the two nations to work together to eliminate a public health threat. “International collaborations are required to control mosquito-borne diseases which know no borders,” she says.

The recommendations and lessons learned cited in the study include:

- National policies and standards need to be translated to local realities.

- An active case-finding surveillance system coupled with a strict treatment plan can be translated to among any environment.

- A small team of dedicated, long-term public health practitioners can be nimble and effective when empowered by regional and national networks.

- The importance of sharing experience with the next generation of public health practitioners so that they too can learn from these lessons and not repeat the mistakes of the past.

The researchers also say that it is important to maintain the systems and technologies needed for a successful elimination program in order to prevent a relapse.

Malaria is a disease that is caused by sporozoan parasites that are transmitted by the bite of anopheline mosquitoes, and is characterized by periodic attacks of chills and fever. Complications from the infection can be life threatening.

Upstate’s Center for Global Health & Translational Science is a multidisciplinary, applied research center, engaging faculty from the Central New York area to work in partnership to improve the delivery of health care globally. Staff is engaged in center-based and field-research projects in several countries around the world, including Ecuador, Thailand, Kenya and the United States.

To support the Center’s initiatives, visit the Center for Global Health Engagement Opportunities Fund administered by the Upstate Foundation.

Caption: Malaria is a disease that is caused by sporozoan parasites that are transmitted by the bite of anopheline mosquitoes, above. 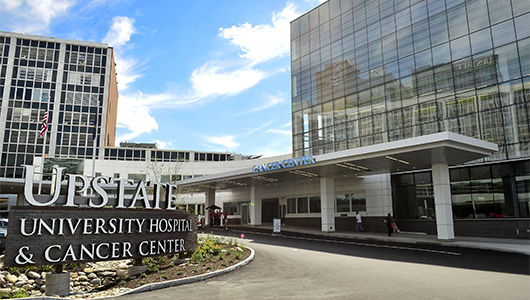 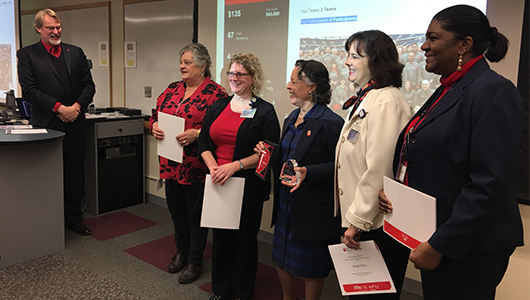 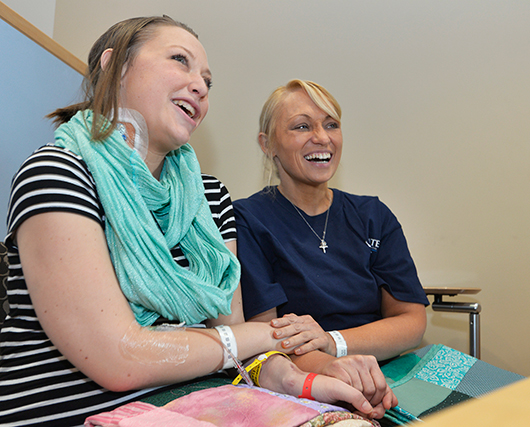 Upstate University Hospital performed the most kidney transplants ever in 2016

In addition to doing more transplants, wait times for patients at Upstate have...