William G. Kerr, PhD, professor of pediatrics and microbiology and immunology at Upstate Medical University, has been awarded a Fulbright Scholarship. The scholarship will support work to further research that Kerr and long-time collaborator Eric Vivier reported on in their June 2015 article published in The Journal of Immunology: SHIP1 Intrinsically Regulates NK Cell Signaling and Education, Resulting in tolerance of an MCH Class I- Mismatched Bone Marrow Graft in Mice. The research delves into SHIP1 expression in lymphoma cells, and the possible use of chemical inhibitors of SHIP1 to promote NK cell attack of these cells.

“After the paper was published, we started working on new ideas that would take our work forward,” said Kerr. "How can we make immune cells kill cancer cells more effectively? It’s a terrific opportunity.”

Beginning in September 2016, Kerr will use the scholarship to spend six months at the Center for Immunology located in Marseilles, France, working with Vivier. The center is a renowned research institute with 17 separate research teams and 250 staff members including 185 scientists, students and post-docs from 24 countries. It is located on a science campus that is home to more than 1,500 researchers, 10,000 students and 15 biotech companies. Kerr came to Upstate in April 2009 as an Empire Scholar and is currently the Murphy Family Professor of Childrens’ Oncology Research at Upstate.

Fulbright Scholarships are awarded by the Council for International Exchange Scholars, the scholar division of the Institute for International Education. Kerr required approval from both the U.S. State Department and the French government to move forward and become a recipient. Fulbright exchanges are funded by the State Department for work in 155 countries, but foreign governments and academic institutions around the globe also contribute to the program. Fulbright Scholars alumni include Nobel Laureates, members of the Nation Academy of Science and U.S. Presidents.

Caption: Kerr came to Upstate in April 2009 as an Empire Scholar and is currently the Murphy Family Professor of Childrens’ Oncology Research at Upstate. 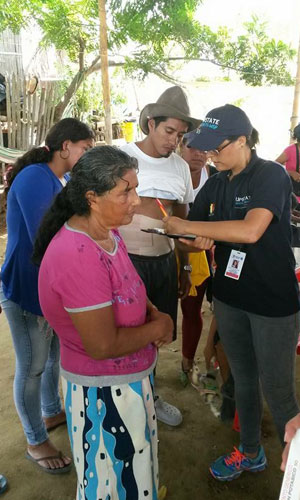 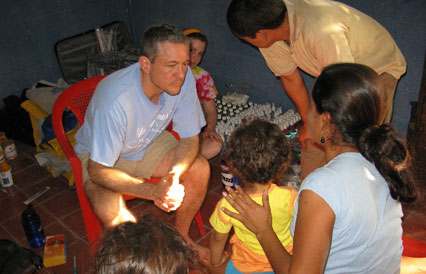 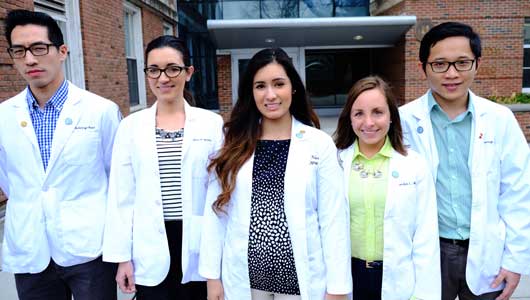 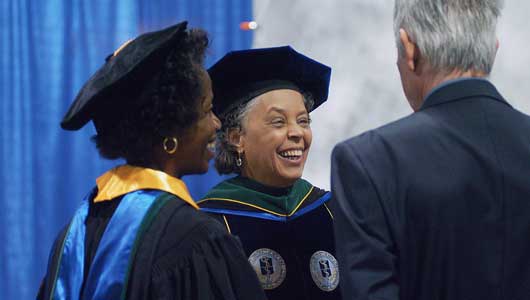 Dr. Danielle Laraque-Arena was installed as president of Upstate Medical...