SYRACUSE, N.Y.-- Last year, in her first year as a student in Upstate Medical University’s College of Medicine, Diane Kim met the executive director of a Syracuse organization that provides services to immigrants and refugees from Somalia, and she had this idea . . .

Kim wanted to do more for the group--particularly the women and children--and she knew she could get others from the Class of 2018 to join her.

So she contacted Simone Seward, MPH, director of Upstate’s Center for Civic Engagement, and applied for one of the center’s two Roosevelt Awards. Each is worth $1,000, given to a student-led organization that serves the community.

Kim’s group, the Somali Upstate Folk Partnership, won one award; Helping Hands for Forgotten Feet, a student-run foot clinic at the Rescue Mission, won the other.

This year, every other week or so, a group of Upstate students visits the Somali center--now known as Refugee and Immigrant Self Empowerment (RISE). The students spend two or three hours working with women on crafts and with children on artwork. The Roosevelt Award money pays for supplies.

“There are benefits for all involved,” Kim said. “We’re building cultural competency and mindfulness. We’re not just learning it; we’re practicing it in a way that’s mutual. One of our group’s key tenets is that both groups (refugees and students) have something to bring and share.”

The benefits are clear to Haji Adan, executive director of RISE, who came to the United States from Somalia nine years ago. (Kim was introduced to Adan last year by Cynthia Morrow MD, MPH, when Kim was taking Physicians and Social Responsibility I, an elective.)

“The women feel pride because their culture is seen and acknowledged,” Adan said, noting that the women are thrilled with the recent donation of two sewing machines.

He said the group’s name recently changed from the Somali Bantu Community Association because it serves a growing number of people from many countries.

“Our goal is to be a one-stop shop for all refugees,” Adan said.

Kim has been exposed to many other cultures, and knows the importance of acknowledging and respecting differences. She said she’s been very fortunate to have traveled the world -- India, Kenya, Tanzania, Indonesia, the Dominican Republic, Haiti and South Korea, where her parents were born.

“I’ve had some exposure to global health that included serving underserved countries,” Kim said. “Getting my MPH degree (at Boston University) was imperative, and I was able to see what it looks like to partner with communities with sustainable goals.”

Kim’s Master of Public Health practicum took her to Kenya, where she monitored and evaluated the community health worker program with the Ministry of Health.

One of the reasons Kim chose Upstate for medical school was the university’s emphasis on community engagement, particularly with refugees. Syracuse has a long history as a refugee resettlement area, taking in hundreds each year from a variety of countries.

“I wanted to serve refugees in a way that involved relationship building,” Kim said. “And art is a good platform for that, with a lot of benefits. It brings people out of isolation, and brings them together.”
At RISE, Kim said, language barriers aren’t necessarily an issue. A defining moment for the Somali Upstate Folk Partnership came in the group’s first session last fall.

Kim set up an activity called “Circle Dash,” in which people stand in a circle and have to communicate non-verbally that they want to switch places with someone. When two people make that connection and start to switch, a person assigned to the middle of the circle tries to get to one of the open spots first.

Soon, Kim said, “Everyone was laughing and we were all interacting. It was all built on non-verbal communication. That was really rewarding.”

An upcoming activity may involve traditional folk dances from the women’s home countries, said Kim, who is trained in jazz dance. “I enjoy all forms of dance, and the ability to share it with others as a form of cultural expression,” she said.

Kim’s not sure what medical specialty she’ll pursue, but her career will definitely have a public health component. “I want to be an advocate for the social aspects of medicine, as well as clinical care,” she said.
Kim’s father is an anesthesiologist in her hometown of Niskayuna; she also has an aunt who is a pediatrician and an uncle who is a gastroenterologist.

“I’ve always admired my dad, and related to him a lot,” Kim said. “I respect his demeanor and heard positive things about him from his colleagues and his patients -- how he was able to calm people down before surgery.”
She laughed when asked if she is like her father. 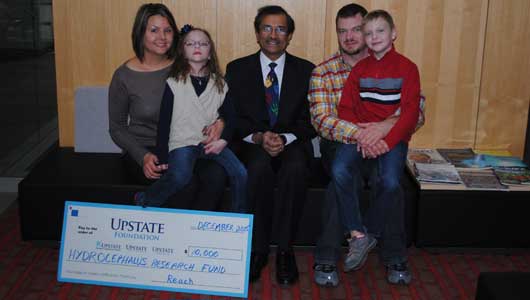 A grateful family and a non profit team up to support the work neurosurgeon... 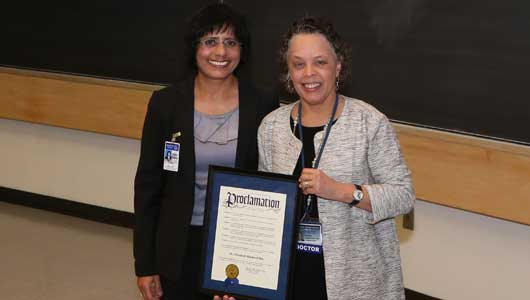 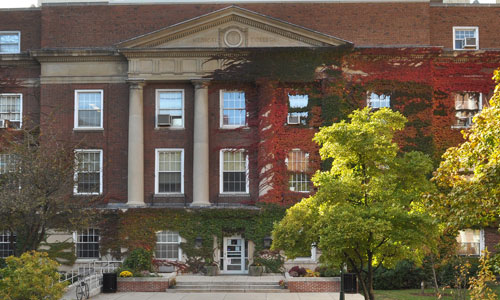 This training will help adults detect mental illness occurring in youth in... 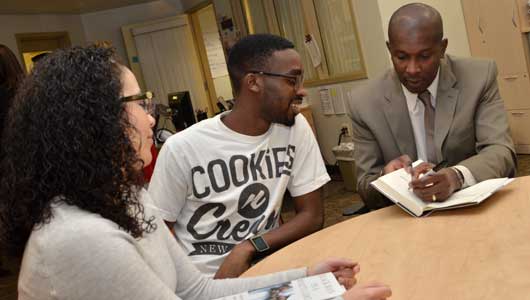