Upstate earns state DOH designation as Center of Excellence for Alzheimer's Disease and $2.35M to expand efforts on Alzheimer's diagnosis

SYRACUSE, N.Y.-- Upstate Medical University has received a New York State Department of Health award of up to $2.35 million over five years and the new designation as a Center of Excellence for Alzheimer’s Disease.

Brangman is one of the nation’s leading voices on issues related to growing old.  She is a former American Geriatrics Society and conducted research concerning and written widely about Alzheimer’s disease and other forms of dementia; ethnicity and health in later life, multicultural geriatric care, geriatrics training, and issues facing seniors’ caregivers.

Brangman says that the funding will be used to expand the center’s efforts to diagnose those with Alzheimer’s disease and other dementias (AD/D) in the early stages of their illness. She says that there are many advantages to receiving an early diagnosis, including access to medications that have been shown to  manage the symptoms of the disease.

“There are many benefits to making an early and accurate diagnosis of Alzheimer’s disease or other dementias,” said Brangman. “For example, patients will have access to new courses of treatment as they become available, may participate in clinical trials, and will be at a stage in their disease where they can have a say in their advanced care planning to address their financial, legal, medical and caregiving needs.”

Brangman and her team will use various strategies to promote early detection of AD/D, including outreach to physicians in rural areas of New York, as well as educational programs for health professionals and the general public.

Designation as a Center of Excellence for Alzheimer’s Disease means that patients will be provided integrative, comprehensive and coordinated medical services for the diagnosis of Alzheimer’s disease and other dementias. These centers also train health care providers and students on the detection, diagnosis and treatment of AD/D. They serve as a regional resource and referral source, providing coordinated delivery of services to AD/D patients and their families which is essential to allow these individuals to remain in their communities as long as possible. They also collaborate with Alzheimer’s Association chapters and other social service and health care providers in the region to promote public and professional education and support for patients and caregivers.

Caption: Sharon A. Brangman, MD, SUNY Distinguished Service Professor of Medicine, will serve as medical director of Upstate’s  newly designated Center of Excellence for Alzheimer’s Disease. She is also chief of Geriatric Medicine at Upstate. 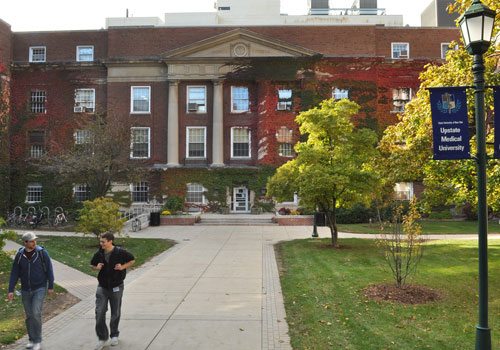 Upstate already has made significant strides in sustainability as evidenced by... 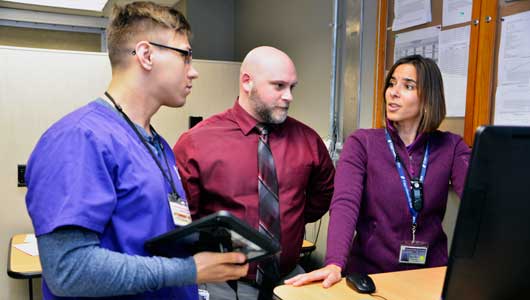 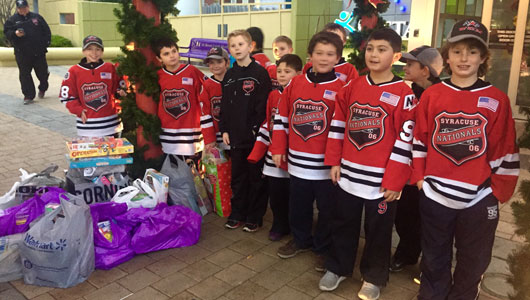 Members of the youth hockey team the Syracuse Nationals donated more than 300... 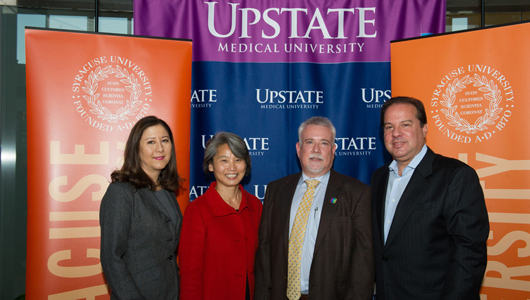 To win funding, research teams provided short presentations of their projects to...