SYRACUSE, N.Y.-- Federal health and safety laws exist to protect workers. But according to a second report issued by the Low-Wage Workers’ Health Project, led by Upstate Medical University, these protections are eluding many of Syracuse’s employees who work in occupations that don’t garner a living wage and are characterized by unstable work arrangements. The report was released in late September. The project is funded by the Workforce Development Institute and Upstate’s Occupational Health Clinical Centers.

Low-wage workers are working adults who can’t make ends meet without government subsidies to help with their basic household expenses, as defined by the project team. The project began in 2013 as a public health initiative to gain a better sense of the needs and risks of these workers in Syracuse. The project is committed to ongoing assessment of the occupational health needs of the Syracuse community, but also intends to make recommendations for policy makers. Armed with primary source data, the project has the potential to shed light on new initiatives designed to improve the quality of work life for low-wage workers. The project team comprises experts in the fields of occupational medicine, public health, sociology, occupational health and safety, and workforce development.

“With the help of our community partners, we formed focus groups of union and non-union workers who represent a variety of low-wage occupations, such as retail salespersons, cashiers, janitors, personal care aides and transportation workers,” said Project Leader Jeanette Zoeckler, M.P.H. “They discussed the obstacles they face each day that prevent them from having a healthy, safe and purposeful work life.”

Zoeckler says that the first report, released in 2014, noted that wage theft, unsafe working conditions, unstable and unpredictable work schedules and transportation were a few of the obstacles facing workers.

“Most of these employees work two or three jobs and depend on public transportation to get to these jobs, only to find when they arrive at the worksite their shift has been randomly changed. We found that wage theft was also a common occurrence,” said Zoeckler.

The second phase of the project placed attention on learning about the work-related problems facing refugees and those employed in specific occupations, such as home health aides, an occupation cited by the experts as exemplifying the struggle faced by low wage workers each day. The report mentioned “for this type of paid caregiving, the client’s home becomes a workplace that is highly variable and difficult to regulate.”

Common themes found among low-wage workers in the second phase of the project were feelings of disrespect by their employers, inability to discuss and resolve unsafe and hazardous work conditions with the employer because of fear of retaliation, fear of illness or injury on the job that would lead to unpaid leave, and how their workplace impacts their ability to enjoy a good family life and to parent. “The impact that these issues have on their physical and mental health also have a negative impact on their ability to interact with their families as well,” said Zoeckler.

The report noted that “low-wage workers who were members of a union were far more vocal about their concerns and felt that they had the right to speak up more often than those not in unions. There was still a great deal of concern about getting fired for making waves, but they demonstrated a stronger awareness about how they might get help with safety issues and work-related health concerns.”

The report noted that “unions traditionally provide mechanisms for worker input... half of the unionized workers had been proactive in getting something changed so that the workplace would be safer or healthier, while only 26 percent of the non-union workforce had ever made such an attempt.”

Zoeckler, says that there is an ongoing need to identify workplace hazards, includ¬ing hazards that pose a risk of occupational disease. “But there is also a need to understand that the way the workplace is organized including the social relations between employers and workers has a profound impact on health...the ways in which work contributes to diseases traditionally considered general health issues has emerged as an important area to include.

These broader considerations allow us to better understand the links between workplace health and general health, public health, poverty and income inequality. Recognition of these links helps illuminate potential actions to ameliorate poor health and safety conditions, and potential allies in this campaign.”

For a copy of the second report issued by the Low-Wage Workers’ Health Project, call the Occupational Health Clinical Centers at 315-432-8899, ext. 103 or go to occupational health to download the electronic version. 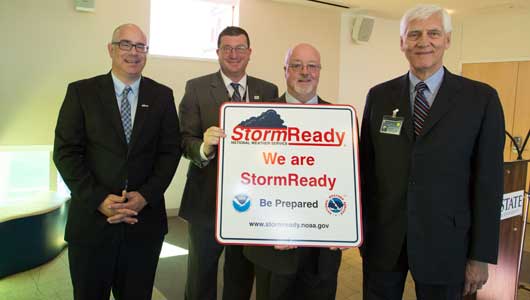 Designation means Upstate is ready for wind, snow, sleet rain or whatever... 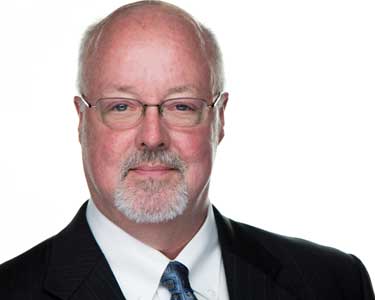 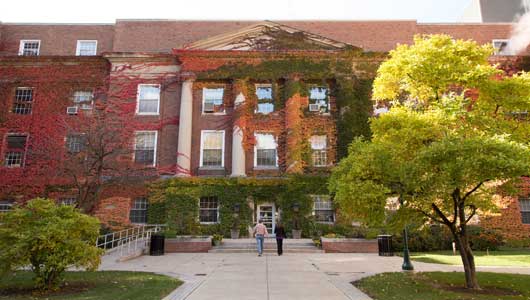 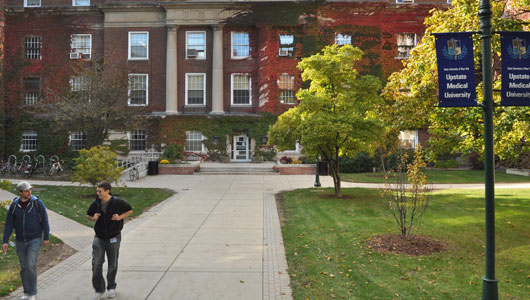