SYRACUSE, N.Y. -- The State University of New York Board of Trustees today (Sept. 10, 2015) appointed Danielle Laraque-Arena, M.D., FAAP, currently chair of the Department of Pediatrics at Maimonides Medical Center and vice president of Maimonides Infants and Children’s Hospital of Brooklyn, as president of SUNY Upstate Medical University. Laraque-Arena also currently is professor of pediatrics at the Albert Einstein College of Medicine, Yeshiva University. Laraque-Arena will be the first woman to lead the university. Her appointment is effective Jan. 14, 2016.

“Dr. Danielle Laraque-Arena is an accomplished professional with precisely the right balance of academic, medical, and community engagement experience needed to lead our esteemed SUNY Upstate Medical University,” said SUNY Chancellor Nancy L. Zimpher. “I commend the Board of Trustees and presidential search committee at Upstate on this appointment, and I am pleased to welcome her to the SUNY leadership team.”

“On behalf of the Presidential Search Committee, I am delighted to welcome Dr. Laraque-Arena to SUNY Upstate Medical University,” said the Committee Chair Thomas E. Taylor, who also serves as a chair of the Upstate Council. “Dr. Laraque-Arena brings a remarkable record of achievement in both academia and hospital administration to Upstate. Her demonstrated commitment to community engagement and collaboration with key stakeholders will serve our institution well, and we look forward to her leadership and vision as we move forward.”

At Maimonidies, Laraque-Arena leads a team of nearly 100 faculty members with either primary care or secondary appointments in her department and another 230 faculty that serve in voluntary positions. Her accomplishments in the past five years include strengthening the teaching and research profile through the recruitment of new faculty, transforming the residency program and significantly increasing first attempt board pass rates and developing new ACGME fellowship programs. She was appointed to her positions at Maimonidies in 2010.

From 2000 to 2010, she served as professor of pediatrics and the endowed Debra and Leon Black Professor of Pediatrics, as well as the chief of the Division of General Pediatrics at Mount Sinai School of Medicine, Department of Pediatrics. During her tenure at Mount Sinai, she focused on growing innovative clinical pediatric programs, strengthening the academic teaching in support of the primary care residency training, and building the infrastructure for robust research in primary care through the HRSA Clinician-Research Fellowship Program. She also served on the faculty at Columbia University.

Over the course of her career, Laraque-Arena has been involved in working with local communities, including founding three separate child protection, multi-disciplinary teams evaluating and treating abused and neglected children (Harlem Hospital Pediatric Resource Center, Family Support Program (1990-2000), Mount Sinai Child and Family Support Program (2000-2010), and the Maimonides Infants and Children’s Brooklyn, Pediatric Specialty Consultation Program (2010-present)). In 2011, she was nominated to be a member of the Institute of Medicine Committee on Integrating Primary Care and Public Health that was charged with examining the best ways to integrate public health and primary care to assure healthy communities.

Laraque-Arena is also a leader in her academic field, having been a United States Public Health Service Primary Care Policy Fellow, a president of the Academic Pediatric Association, and a member of the National Institute of Mental Health Standing Committee on Interventions for Disorders Involving Children and Their Families. She is a fellow of the American Academy of Pediatrics (AAP) and a current board member of the AAP.

She is a nationally and internationally recognized expert in injury prevention, child abuse, adolescent health risk behaviors, and issues critical to health care delivery inunderserved communities and is the recipient of numerous academic, research, community and public service awards.

Laraque-Arena was born in Port-au-Prince, Haiti, and immigrated to the United States in 1962. She is multi-lingual (French, Creole, Italian, and English). She is married to Luigi Arena, M.D., Ph.D., and the mother of two, Marc Anthony Arena and Julia Marie Arena.

The appointment of Laraque-Arena as president of SUNY Upstate is the culmination of a national search process that began in February with the creation of a 19-member search committee comprising Upstate Council members and representatives from the faculty, student body, alumni, hospital, the Upstate Foundation and professional support staff.

The appointment of Laraque-Arena as president of SUNY Upstate is the culmination of a national search process that began in February with the creation of a 19-member search committee comprising Upstate Council members and representatives from the faculty, student body, alumni, hospital, the Upstate Foundation and professional support staff.

SUNY Board of Trustee Chair Carl McCall, SUNY trustees and Chancellor Zimpher thanked Gregory L. Eastwood, M.D., for his leadership of the Upstate campus since November 2013. Eastwood also served as Upstate’s president from 1993 to 2006.

SUNY Upstate Medical University is one of the largest employers in Central New York and the region’s only academic medical center. It educates more than 1,450 students in four colleges--Medicine, Graduate Studies, Health Professions and Nursing--as well as graduate physicians in residency and fellowship training programs. The university’s clinical faculty treats patients at two locations, Upstate University Hospital’s Downtown Campus (which includes Upstate Golisano Children’s Hospital) and Upstate University Hospital’s Community Campus, and numerous outpatient facilities. In both the basic and the clinical sciences, there is participation in more than $30 million in funded research.

The university also includes a community-based branch campus for clinical medical education in Binghamton, N.Y., located about 75 miles south of Syracuse. The Binghamton Clinical Campus was developed to provide an innovative medical education program emphasizing the national and state initiatives to train greater numbers of physicians with an emphasis on primary health care, as well as preventive medicine and health maintenance. 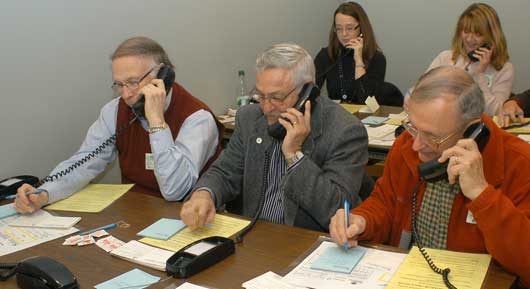 Radiothon for Kids will air from 5 a.m. to 6 p.m. on Syracuse iHeart Radio... 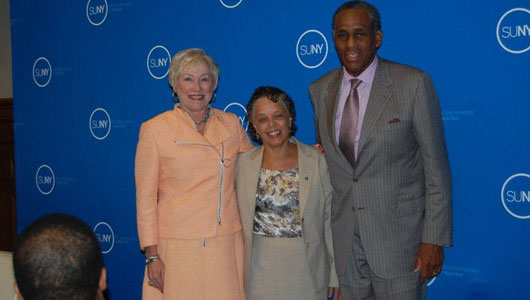 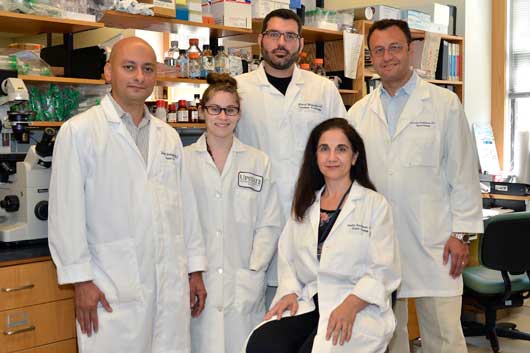