SYRACUSE, N.Y.-- Aug. 1 marks the 10th anniversary of Upstate Medical University becoming smoke-free. In 2005, Upstate became the first health care facility in New York, and the first SUNY campus to be completely smoke-free. Since then, Upstate has partnered with Central New York organizations to encourage other institutions to protect the health of the community by going smoke-free.

Upstate President Gregory L. Eastwood, MD, made the historic announcement at a press conference on the hospital lawn that Upstate was prohibiting smoking in all indoor and outdoor areas of Upstate--owned, leased or occupied. A decade later, Eastwood continues to strongly support the policy change and raise awareness of the issue.

“This is an anniversary I’m most proud of,” said Eastwood, now interim president of Upstate Medical University. “We when introduced our smoke-free campus initiative 10 years ago, we wanted to ‘clear the air’ of second-hand smoke exposure to our staff, students, patients and visitors. We’ve done that, and I think we’ve helped clear the air elsewhere as many institutions have followed our lead and created healthier campus environments.”

Upstate received the CEO Gold Standard Accreditation for its efforts to reduce the risk of cancer for its employees and family members by promoting healthy lifestyle choices, including the creation of a smoke-free workplace.

When the institution announced its transition to smoke-free, administrators began providing nicotine replacement therapy for employees who wanted help to quit smoking, and introduced a series of free smoking cessation programs that continue to be offered today. In 2010, an Upstate survey of more than 2,500 employees found that only 11 percent of its workforce identified themselves as smokers, a seven percent decrease in smokers compared to an employee survey in 2002, prior to Upstate’s implementation of its smoke-free policy.

In 2009, Upstate partnered with the American Cancer Society to help create a law prohibiting smoking within 100 feet of the perimeter of property operating as a general hospital in Onondaga County. The effects of this law have benefitted many area health care facilities, including Crouse Hospital and St. Joseph’s Hospital Health Care.

According to Martha Ryan, the American Cancer Society’s senior director of community engagement, Upstate has been instrumental in pushing for smoking policy reforms.

“We continue to see the benefit of Upstate’s work throughout Central New York,” said Ryan. “Furthermore, Upstate has remained the model for other institutions interested in providing employees and community members with healthy smoke-free environments.”

In 2012, Upstate extended its smoke-free initiative to the Community Campus and became an entirely tobacco-free campus (including e-cigarettes). In 2013, Upstate was recognized with an “A” grade from the American Cancer Society for implementation of a 100 percent tobacco-free campus and Upstate’s residence hall, Geneva Tower, was named “Healthy High Rise,” for being one of the first smoke-free high rise buildings in Central New York.

“All of these changes were major accomplishments,” said Bruce Simmons, MD, Upstate’s director of employee/student health, who chairs the university’s smoke-free advisory committee. “Now, as we approach the 10 year mark, while recognizing our success, must understand that it takes an ongoing effort by everyone? 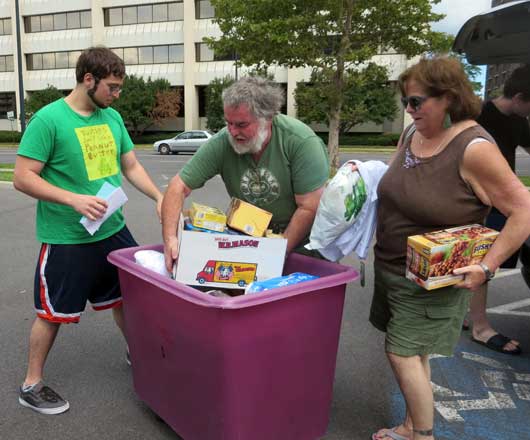 Upstate welcomes students to campus for the new academic year 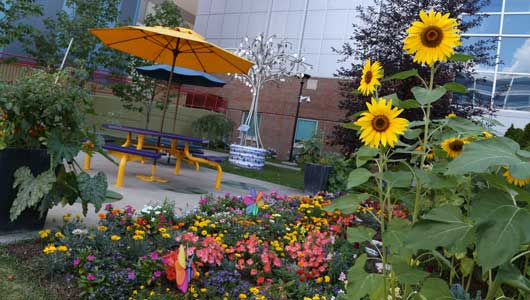 A sea of summer blossoms paints a color picture in the Upstate Golisano Children's Hospital gardens.

A sea of summer blossoms paints a color picture in the Upstate Golisano... 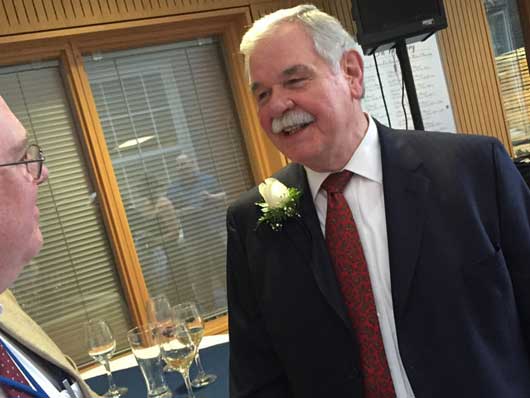