Upstate University Hospital Chief Executive Officer John McCabe, MD, FACEP, has received the 2015 ABMS Distinguished Service Award from the American Board of Medical Specialties (ABMS). The ABMS is composed of 24 member boards that oversee physician certification in the United States.

Created in 1986, this award recognizes individuals for their extraordinary contributions to the medical specialty certification process. McCabe accepted the award at the ABMS Board of Directors (BOD) meeting held June 24 and 25 in Chicago.

McCabe joined ABMS in 1999 as a member of the ABMS/Council of Medical Specialty Societies Joint Committee. He was elected to the ABMS BOD in 2005 and three years later, to the Executive Committee. From 2010 to 2012, McCabe served as the 33rd ABMS Board Chair and the first Immediate Past Chair.

“While John served on numerous committees and groups, he was central in the establishment of the ABMS Enhanced Public Trust Initiative, which resulted in the formation of the Ethics and Professionalism Committee,” said Lois Margaret Nora, MD, JD, MBA, ABMS president and chief executive officer. “As a committee member, John played a significant role in broadening ABMS’s view of ethics and professionalism. Additionally, John has been an instrumental figure as a member of the Maintenance of Certification Task Force.”

Outside of his ABMS endeavors, McCabe has served since 2009 as chief executive officer of Upstate University Hospital, and senior vice president for hospital affairs and professor in the Department of Emergency Medicine at Upstate Medical University, where he was instrumental in the development of the university’s residency program in emergency medicine. McCabe oversaw a recent expansion of Upstate’s Emergency Department, and enlarged the university’s hyperbaric medicine program, one of the only 24-hour hyperbaric programs in the state. He assisted in the creation of a mass casualty unit and upgraded infirmary at the New York State Fairgrounds; developed an emergency medicine simulation center for training medical residents and local emergency medical services professionals; and spearheaded the university’s creation of a Katrina Response Unit to answer calls for medical assistance following the hurricane in 2005.

In 2011, McCabe oversaw Upstate University Hospital’s acquisition of Community General Hospital, which has allowed Upstate to bring unique services to the region, such as the area’s only pediatric after hours care center and geriatric emergency room, among other services. He has overseen the hospital’s Ebola preparations plan as Upstate is one of eight hospitals in the state selected to treat patients with Ebola.

Nationally, McCabe has helped lead the discussion on health issues as president of both the American College of Emergency Physicians and the American Board of Emergency Medicine. Internationally, he has developed medical conferences at universities in China and India, and has hosted delegations of international physicians at Upstate. A renowned emergency medicine physician, McCabe’s research interests have covered numerous aspects of emergency medical care, including the treatment of hemorrhagic shock, cardiac resuscitation, and the care of patients in the pre-hospital environment.

“John is one of the most well respected emergency medicine physicians in the country, and exemplifies all the characteristics embodied within the intent of the ABMS Distinguished Service Award,” said Valerie M. Parisi, MD, MPH, MBA, ABMS board chair. “We are pleased to be able to recognize his dedication and efforts on behalf of ABMS and his impact on the continued development of the medical specialty certification process.” 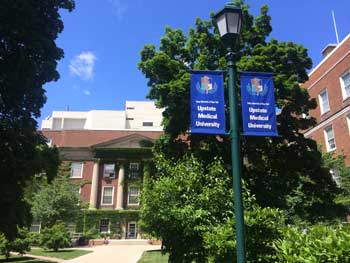 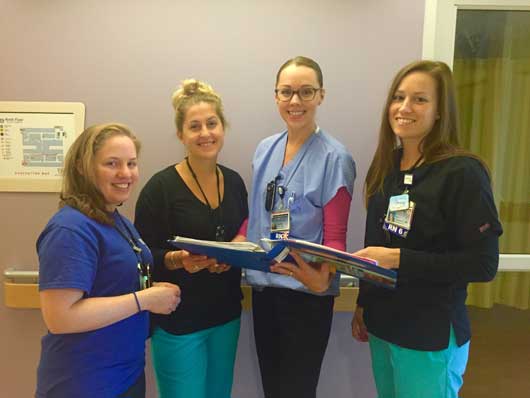 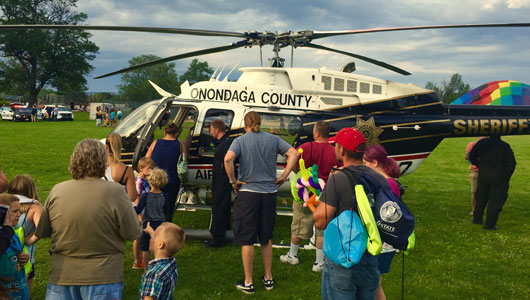 Onondaga County's Air One draws at crowd at the LEON Festival 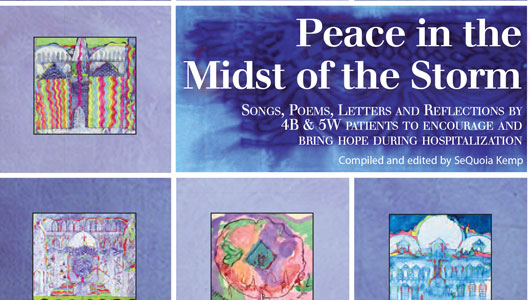