SYRACUSE, N.Y.-- William J. Brunken, Ph.D., of Upstate Medical University, has been awarded a $2.2 million grant from the National Institutes of Health for a five-year study investigating the role of extracellular matrix (ECM) in retinal development and disease. The award is supported by the NIH’s National Eye Institute. Brunken is vice chair for research for the Department of Ophthalmology, director of the department’s Center for Vision Research and professor of ophthalmology, neuroscience and physiology.

“This five-year award provides great stability for our team’s studies in the role of the extracellular matrix in retinal development and critically in vascular biology of the retina,” Brunken said. “Vascular diseases of the retina are the leading cause of blindness in the adult in the developed world. The mechanisms of vascular development, unlike other developmental process, remain active in the adult and can result in serious pathologies. The long-term goal will be to develop matrix-based therapeutic strategies to treat vascular disease of eye.”

The extracellular matrix is composed of proteins surrounding cells that provide structural and biochemical support to the surrounding cells. The molecules studied in the Brunken laboratory lead to a variety of brain and ocular defects leading to autism and mental retardation in the most severe cases and, in the eye, these disruptions could lead to impaired vision or blindness.

Specifically, the funded studies will expand upon Brunken’s previous studies focusing on laminin and laminin-related proteins of the ECM. These proteins are an important set of guidance cues that direct many developmental processes and have led to insights into congenital diseases of the brain, eye and kidney. Those studies questioned how the deletion of various laminins can result in disruptions in retinal vascular development and have furthered the understanding of how several retinal diseases could develop, such as retinopathy of prematurity in children and diabetic retinopathy and age related macular degeneration in adults.

“Our team will follow up on our fundamental hypothesis that laminins are critical for establishing the three-dimensional structure of the retina,” said Brunken, who has been cited by more than 1,400 authors for his research into vision disorders. “Specifically, we will take a closer look at the mechanism of laminins and how they provide environmental cues that are essential to the process through which new blood vessels form from pre-existing vessels and to the formation of nervous tissue.”

Brunken said that findings from the study will advance existing fundamental understanding of retinal development. The findings could also create new pathways leading to new diagnostics for ocular disease, both genetic and acquired, and to the development of new therapeutics, including the development of 3D culture systems designed to grow retina ex vivo.

“A collateral benefit of this award, and indeed the whole of the research enterprise at Upstate Medical University, is to inject important revenue into the Central New York economy, which has a multiplier effect across the area as well as providing the basis for the development of a biotechnology economy in Central New York,” Brunken said. 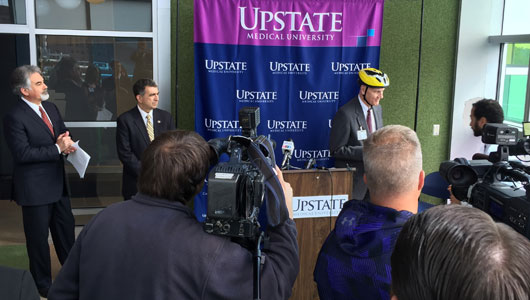 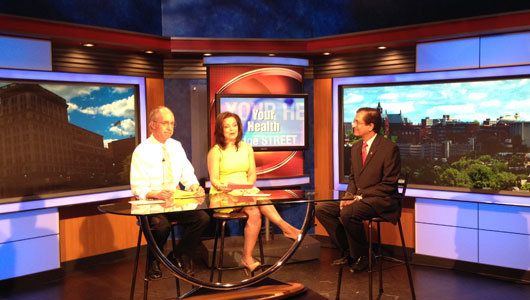 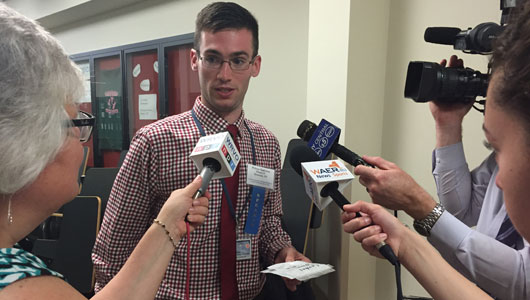 Upstate's EMS week conference is May 18

Talks on life-saving techniques and dangerous substances, including powdered... 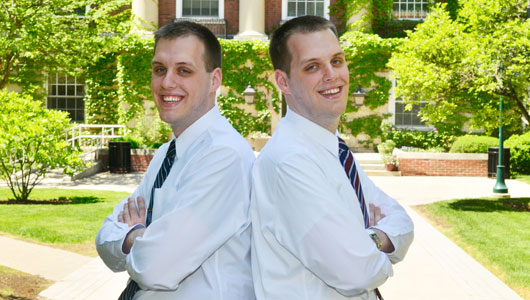 Identical twins with a lot more than looks in common to earn their medical...