The award from Consejo Nacional De Ciencia y Tecnología (CONACYT) will help Barbachano-Guerrero conduct research on dengue fever. Dengue is a debilitating mosquito-borne viral disease that is a leading cause of illness and death in the tropics and subtropics, and whose presence has been reported in the United States and Western Europe.

Stewart-Ibarra’s research specialty is the environmental and socio-political influences on dengue transmission in Ecuador.

Barbachano-Guerrero, who has a bachelor’s degree as a chemical bacteriologist and parasitologist and a master’s degree in molecular biology, taught college students for a year in Mexico City, then worked for the Mexico City health ministry for two years in a research lab on infectious diseases.

His primary research focus is in pathogenesis of viral diseases, specifically with Dengue and Kaposi Sarcoma-associated viruses with Endy and Christine King, PhD, who conduct research on dengue in the Far East and in South America. He has contributed to a study of dengue in bats in southeastern Mexico.

“It’s very translational,” Barbachano-Guerrero said of the work he’s doing at Upstate. “We can develop and apply plans to control infectious diseases. I like the basic science, too.”

While the Ebola virus has captured the world’s attention, dengue fever has been spreading as well. At first only associated with Thailand, dengue has been in South and Central America for a long time.

“We can’t tell if it’s going to be a big problem,” he said of dengue.

Barbachano-Guerrero has four more years of research at Upstate to look forward to, but he’d like a career as an academic researcher in Mexico. “I plan to go back and apply what I have learned,” he said. 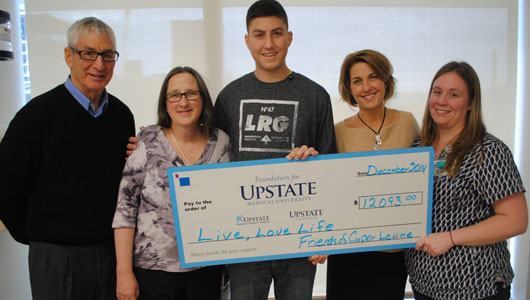 Cooper Levine's family is so grateful for the wonderful care he receives at the... 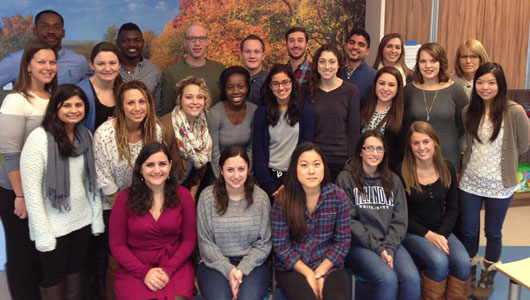 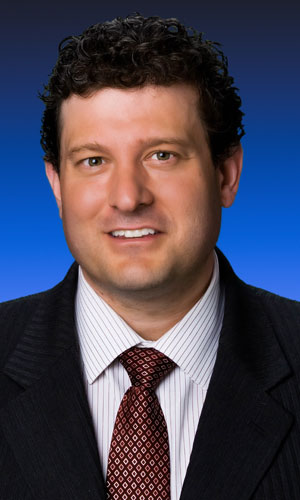 Study seeks patients who are over 21 years of age, and have significant pain and... 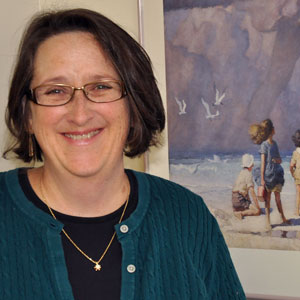 "The St. Baldrick's Foundation is an invaluable resource to the Upstate...