SYRACUSE, N.Y.-- Upstate Medical University is celebrating the Great American Smokeout by making a recommitment to its smoke and tobacco-free policies.

When the policies were adopted in 2005, Upstate became the first SUNY campus to become smoke free, and University Hospital, the only Central New York hospital to prohibit smoking on its premises.  The Community Campus went smoke free in March 2012.

In announcing Upstate’s commitment to creating a smoke and tobacco-free campus, then-President Gregory L. Eastwood, MD, said, “achieving a smoke-free environment is the right thing to do.  This is squarely within Upstate’s mission, which is dedicated to preventing disease and improving health through education, research and health care.”  He further reiterated that smoking on the Upstate campus contradicted its mission.

The creation of a smoke-free and tobacco free campus sparked an increase in the number of Upstate employees who used the occasion as an opportunity to quit smoking.

A 2010 employee survey found that only 10 percent of employees who responded to the survey identified themselves as smokers, down from 17 percent in 2004, prior to Upstate’s implementation of its smoke-free policy.

Additionally more than 600 employees have participated in Upstate’s ongoing free employee smoking cessation program.
Upstate hopes to increase the number of employees who will celebrate the Great American Smokeout by quitting--at least for the day.  “It’s a good start at making a major lifestyle change,” said Cindy Cary, director of Upstate’s HealthLink and Smoking Cessation Program.  “The day, and our build up to the day, is an attempt to remind everyone that you don’t have to quit on your own.  Upstate offers programs and services to help.”

“Everyone loves a quitter,” Cary said.

Upstate has been recognized for its work to eliminate smoking from its premises. In November 2009, Onondaga County, spurred on in part by Upstate, enacted a law to ban smoking within 100 feet of hospitals and other health care facilities.

In 2013, Upstate received the CEO Gold Standard Accreditation from the CEO Roundtable on Cancer for its efforts to reduce the risk of cancer for employees and family members by promoting healthy lifestyle choices.

One of Upstate’s key partners, the American Cancer Society, applauded the institution’s efforts.  “In 2005, Upstate Medical University pioneered the effort to create smoke-free grounds, for the health of their staff, faculty, patients, volunteers and visitors,” said Martha Ryan, RN, senior director of community engagement for the American Cancer Society. “They have continued to champion more comprehensive tobacco free initiatives on their campus and in the community.  Upstate was instrumental in developing the Onondaga County Ordinance to extend tobacco free boundaries to 100 feet of the healthcare facility property line, they were the first in Upstate New York to receive the Healthy High Rise award for their new student housing complex, and were awarded the CEO Cancer Gold Standard accreditation, a national award to recognize worksites that are promoting policy and benefits for the better health of their employees.”

“The American Cancer Society celebrates the amazing steps Upstate Medical has taken to not only protect people on their property, but to champion for the health of the Central New York community,” Ryan said. 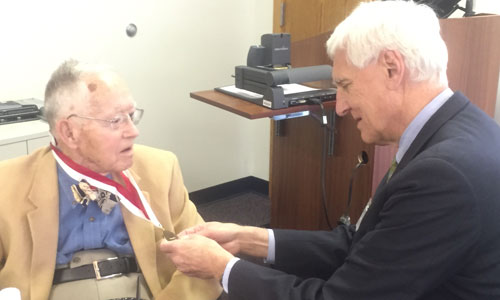 Donated items include a 1936 newspaper article announcing the first...

The accreditation by the CCNE contributes to the improvement of the public's... 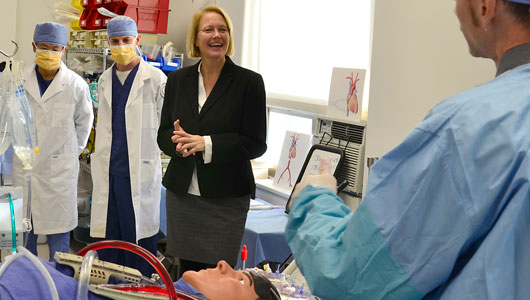 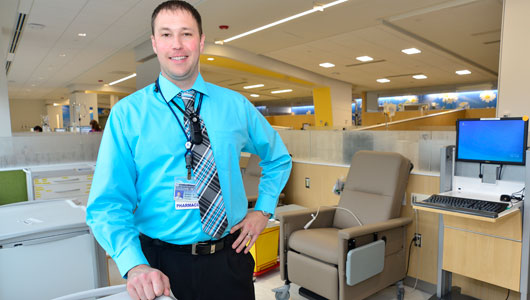