SYRACUSE, N.Y.--The Upstate Cancer Center has received a $50,000 grant from the Susan G. Komen CNY Affiliate to help increase the rates of mammography screening in low-income, underserved women, with a specific focus on African-American women.

The grant will help create a program called “She Matters” that will use trained resident health advocates to educate, support, encourage and facilitate mammography screening among women who are over the age of 40 and living in the Syracuse Housing Authority’s Pioneer Homes development. The educational outreach with neighbors will begin in August.

Pioneer Homes, located just west of the Upstate Cancer Center is a 598-unit apartment complex with 1,159 residents; 457 are women and 149 over the age of 40 and 125 of these women are African American.  Pioneer Homes is the first public housing development in New York state, and recently celebrated its 75th anniversary.

“Our goal is to get more women screened for breast cancer since we know that early detection can save lives,” said Linda J. Veit, MPH, director of the She Matters program and project director of the Upstate Cancer Center. “But extremely important to us will be to see how the support of resident health advocates can help break down barriers to care, including racial disparities, demystify breast cancer screening and build better access to life-saving health screenings among our closest neighbors.”

Syracuse Housing Authority Executive Director Bill Simmons also applauded the grant announcement. “The Komen grant is a major example of the strong commitment that Upstate has made to the Pioneer Homes community through its Healthy Neighbors Partnership program,” Simmons said.

The Komen grant is timely in that it resonates with women's health issues that Pioneer Homes residents have identified as an area of concern.  Over the past two years, Upstate’s Office of Diversity and Inclusion and the Syracuse Housing Authority, have worked with the residents of Pioneer Homes in developing a healthy community focused on chronic disease prevention and community empowerment, including a women's support group founded by public housing residents called Sisters Serving Sisters.

The Resident Health Advocate (RHA) program was one of the outcomes of this collaboration, in which residents were trained by healthcare professionals to provide education and support to their peers.  The RHA program was modeled after a similar one at Boston University, which has been in place for more than 10 years.

As part of its Healthy Neighbor’s Partnership program, 10 residents of Pioneer Homes were trained as health advocates who serve as resources to their community on health-related issues. The Komen funding, in part, will support training for an additional four health advocates to deliver a personal education and awareness message about breast cancer and breast cancer screening.

There are many reasons. The grant will focus on barriers to access, racial biases, culturally competent education, lifestyle behavior changes and early screening for breast cancer in African American women.  Many barriers can be overcome through the use of RHA’s who are viewed by community members as credible sources and who have special knowledge and understanding of the perspectives of program participants that professional counselors and providers may lack.

“That’s what we are attempting to change with this project, and our success could prove that the encouragement and support of a resident health advocate makes a difference,” Veit said.

Ongoing support for the She Matters project comes from the Syracuse Housing Authority, Pioneer Homes Tenant Association, Healthy Neighbors Partnership Advisory Committee, Upstate Medical University’s Office of Diversity and Inclusion, and Upstate’s President’s Office.  Additional support comes from Upstate’s departments of Public Health and Preventive Medicine and Radiology, the Multidisciplinary Breast Cancer Program, the College of Medicine and the Foundation for Upstate, which is administering the grant.

Caption: The She Matters project will use trained resident health advocates, like Martha Chavis-Bonner, to educate, support, encourage and facilitate mammography screening among women who are over the age of 40 who are living in the Syracuse Housing Authority’s Pioneer Homes development.  Above, Chavis-Bonner talks about the role she and other resident health advocates will play in getting women screened for breast cancer at the project launch July 29 at Pioneer Homes in Syracuse. 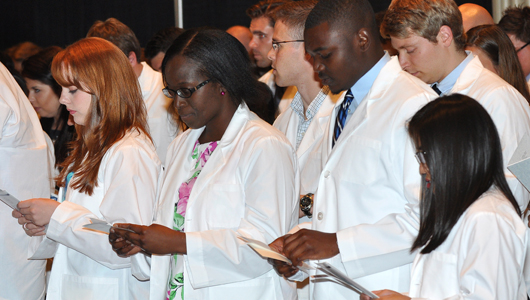 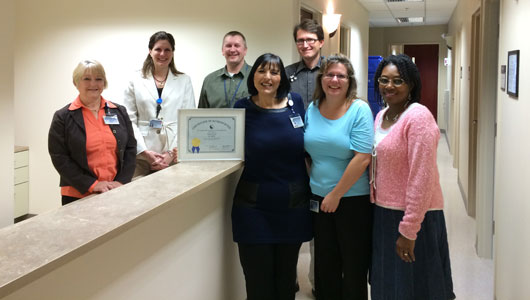 For teens who are undecided about their career paths, volunteering helps to... 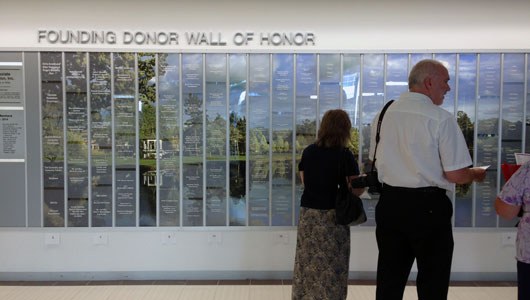 Give Hope a New Home, the fundraising campaign that was launched to help support...