SYRACUSE, N.Y.-- Barbara Resnick, Ph.D, who is recognized for her innovative work in geriatrics, and John R. Seffrin, Ph.D., who leads the world’s largest voluntary cancer-fighting group, will each receive an honorary doctor of science degree from the State University of New York at the 2014 Upstate Medical University Commencement Sunday, May 18.

Resnick is a professor in the Department of Organizational Systems and Adult Health at the University of Maryland School of Nursing; holds the Sonya Ziporkin Gershowitz Chair in Gerontology at the School of Nursing; and maintains a clinical/faculty position with clinical work at Roland Park Place, a Lifecare community.

She completed a National Institute of Aging funded study testing the effectiveness of the Exercise Plus Program in older adults post hip fracture and a study funded by the Agency for Health Care Research and Quality to test the effectiveness of a restorative care nursing program in long term care.

She is currently testing the impact of restorative care nursing in assisted living facilities through an Interdisciplinary Nursing Quality Research Initiative award from the Robert Wood Johnson Foundation. She also is co-investigator on numerous other function-focused care and community based studies and interdisciplinary study intervention, such as the National Institute of Aging funded study Community Based Ambulation Post Hip Fracture.

Resnick has published numerous articles in nursing and/or medical journals, chapters in nursing and medical textbooks related to care of the older adult, and a book on Restorative Care Nursing. She has served as editor of the journal Geriatric Nursing since 2006 and is the associate editor for Journal of Aging and Physical Activity, Translational Behavioral Medicine and Journal of the American Medical Directors Association.

Seffrin has served as chief executive officer of the American Cancer Society since 1992. Under his leadership, he has transformed the world’s largest voluntary cancer-fighting group into one of the world’s most progressive public health organizations. He spearheaded the creation of the society’s nonprofit, nonpartisan advocacy affiliate, the American Cancer Society Cancer Action NetworkSM, of which he is also the chief executive officer.

Active in numerous organizations, he is a past president of the Geneva-headquartered International Union Against Cancer, the first globally oriented cancer non-governmental organization (NGO); served as chairman of the board of Independent Sector, the largest coalition of nonprofit groups; and he helped to create the National Center for Tobacco-Free Kids (now the Campaign for Tobacco-Free Kids), among his many collaborations and affiliations.

Seffrin was selected to be a charter member of C-Change (formerly known as the National Dialogue on Cancer) Steering Committee (1999); was appointed to the National Cancer Policy Board of the Institute of Medicine (1997); and, was co-chair of the National Cancer Legislation Advisory Committee (1999). He currently serves on the Advisory Committee to the director of the U.S .Centers for Disease Control and Prevention, a secretary-level appointment. He is a contributing author to more than a dozen books and has written more than 100 articles and other publications.

Upstate’s 2014 Commencement will be at the John H. Mulroy Civic Center, 411 Montgomery St., Syracuse at the following times and Civic Center locations: 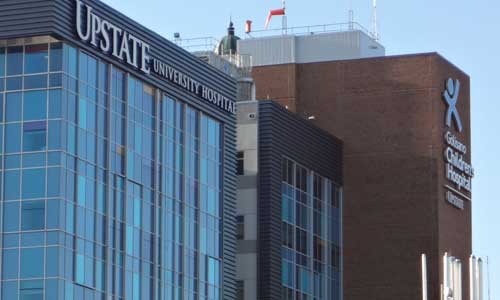 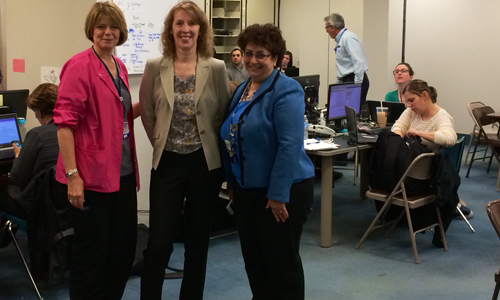 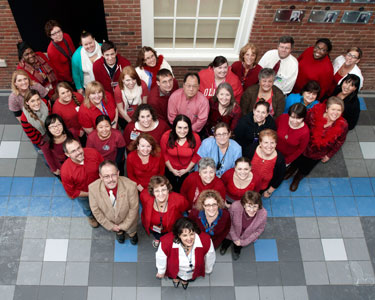 Upstate is tops in 2014 Heart Walk 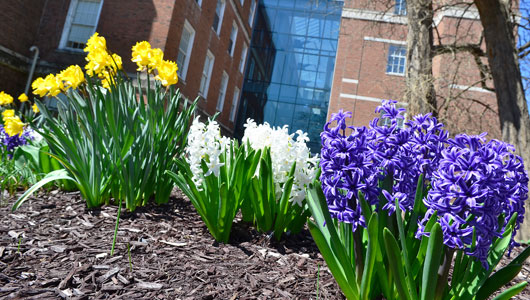