SYRACUSE, N.Y.-- Upstate Medical University has a new weapon in the fight against prostate cancer.

Upstate doctors are using a 3-tesla Magnetic Resonance Imaging (MRI) system and the new platform, UroNav, to fuse together different sources of information to create a comprehensive picture of the prostate in real time, thus creating a more specific target area for biopsy.

In October, Upstate acquired the Philips UroNav Fusion Biopsy System from Philips Healthcare, becoming the only provider in Central New York and one of a few sites in the country to offer this breakthrough technology.

“UroNav incorporates precise knowledge of the needle location within the prostate, and using a technology similar to GPS navigation it directs the biopsy needle to the heart of the suspicious lesion,” said Gennady Bratslavsky, MD, professor and chair of Upstate Department of Urology.

“Compared with traditional biopsy technique that uses random prostate sampling, the new technology helps to avoid missing hard to find and often aggressive prostate cancer, and potentially helps give greater certainty as to the extent and aggressiveness of the disease, as well as allowing patients to avoid unnecessary repeat prostate biopsies” Bratslavsky said.

Bratslavsky and Srinivas Vourganti, an assistant professor of urology at Upstate and a urologic oncologist, are pioneers in the use of this technology as they participated in its development and testing at the National Institutes of Health, working closely with the technology developer Invivo, a subsidiary of Phillips Healthcare.  Both Bratslavsky and Vourganti have published on the topic of prostate cancer imaging and continue to collaborate closely with their NIH colleagues as they deliver this breakthrough technology to region and beyond.

When UroNav became commercially available, Bratslavsky wanted to be certain patients throughout Central New York region were among the first to have access to this technology.

“This technology is a major breakthrough in the fight against prostate cancer that is now a significant tool in Upstate’s prostate cancer program for all men,” Bratslavsky said.

Upstate began using the UroNav platform in November and has done few cases already. The team has already reported a success involving a Central New York patient in his 50s, who previously underwent five biopsy procedures over several years that showed no sign of cancer despite continuously elevated PSA values. Using the UroNav platform, doctors were able to pinpoint the suspicious area of the prostate and a subsequent targeted biopsy was finally able to identify the presence of cancer. After several years of uncertainty, the patient now has piece of mind and can now make decisions on the best course of treatment.

“Proper management of prostate cancer requires more than the ability to perform an operation or administer radiation treatment,” Bratslavsky said. “It involves making informed judgments about a complex disease process, from diagnosis, to performing active treatment in those who are considered high-risk, to--most importantly--avoiding unnecessary treatments.  The technology will help us to further strengthen our care and treatment of prostate cancer that we offer at Upstate.”

Bratslavsky said the acquisition of the technology was aided by strong support from Upstate University Hospital’s administration, and the generous donors of the Foundation for Upstate.

The procedure, which takes 30 minutes, is done on an outpatient basis under local anesthesia at Upstate Urology, 550 Harrison Street in Syracuse.

Though prostate cancer is most often a slow-growing low risk disease, it can also present more aggressively. There are usually no symptoms during the early stages of prostate cancer. Most men at this stage find out they have prostate cancer after a routine checkup or a blood test. When symptoms do develop, they can include frequent and painful urination and blood in the urine.  Risk factors include age (it is most common in men over 50) and family history.

Diagnosed with breast cancer in 2009, Dr. Aliya Hafeez draws from her own... 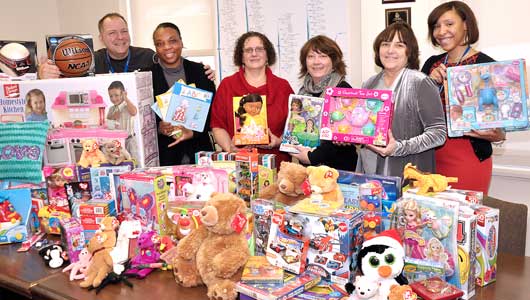 The Upstate Medical University community donated hundreds of toys to the College... 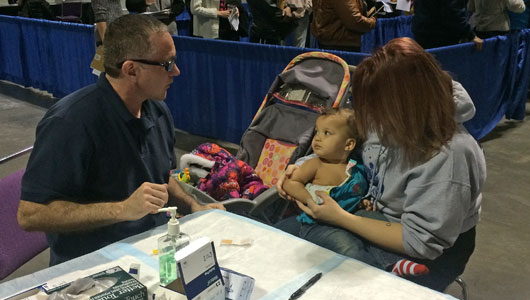 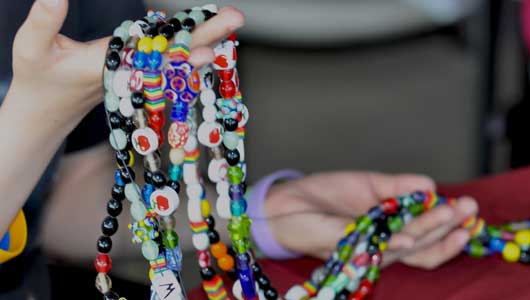