'Playbook' is a resource for caregivers of people with Alzheimer's disease

SYRACUSE, N.Y. -- The Central New York Alzheimer’s Disease Assistance Center (CNY ADAC) has been awarded a grant from the Friend In Deed fund for the purchase of copies of the “Coach Broyles Playbook for Alzheimer’s Caregivers” for caregivers of the center’s patients.

The legendary Frank Broyles, who coached at the Universities of Missouri and Arkansas, where he also served as athletic director before retiring in 2007, wrote the playbook after his wife, Barbara Broyles, had been diagnosed with Alzheimer’s disease. She died in 2004. Broyles quickly found out that there wasn’t much information available for caregivers after his wife was diagnosed with Alzheimer’s, and used trial and error to draft the playbook. Broyles is not a certified doctor, but he used firsthand experiences to draft a resource guide for families dealing with the same experiences in relation to the Alzheimer’s disease.

The CNY ADAC has decided to purchase the playbook as a resource for caregivers, thanks to Friend in Deed funding.

“In our role, we make sure patients are diagnosed appropriately and we help caregivers manage patients,” said Sharon A. Brangman, M.D., director of the Central New York Alzheimer’s Disease Assistance Center. “We thought [the playbook] had a lot of good tips, so we want to make it available to our patients and families. People who live through Alzheimer’s and their families are the ones who can be the best resource.”

In the playbook, Broyles offers insight into just about every challenge individuals face when caring for someone with Alzheimer’s disease. Not only does he write about what changes someone with Alzheimer’s are likely to face, but he also provides a practical look at what other issues must be addressed, such as powers of attorney, one’s financial situation and making one’s home safe and comfortable for those facing the disease as it progresses.

Brangman said the incident of Alzheimer’s is on the rise with Americans having a nearly 50 percent chance of developing the disease by the time they reach the age of 85.

“Families will be looking more and more for resources that will guide them in the care of their loved ones,” she said.

The Friend in Deed program of the Foundation for Upstate Medical University funds dozens of special programs and items that help enhance patient comfort, care and education.

Caption: Physician assistant Eileen Rosecrants and Sharon Brangman, M..D, with the Coach Broyles Playbook for Alzheimer’s Caregivers. The Central New York Alzheimer’s Disease Assistance Center will use the playbook as a resource to help families cope with caring for loved ones with the illness. 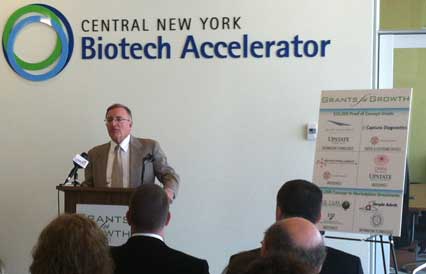 Funding from CenterStateCEO's Grants for Growth program will help accelerate the... 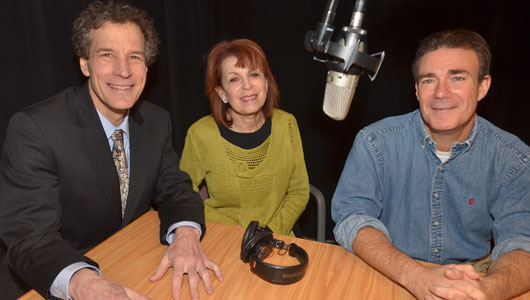 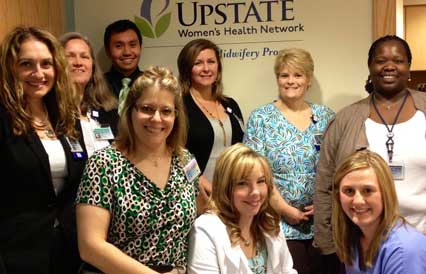 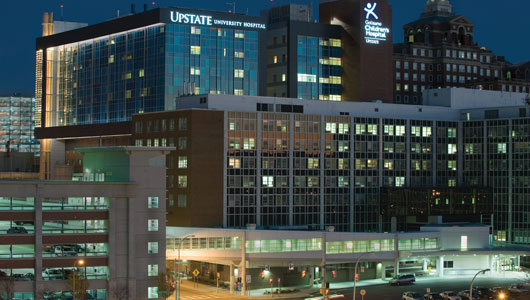 Upstate receives an 'A' grade for its 100% tobacco free policy

American Cancer Society gives Upstate Medical University an "A" for creating a...